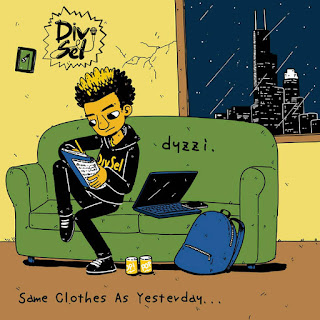 Dyzzi is from the Midwest collective DivSel (short for Diverse Selection) and has been working on this album for almost 9 months and adds "I released this because I have been working on my main effort entitled "KidsBackThen" and I'm still not done yet with it. Hopefully this will hold people over until then."

The album includes guest features by Huey V, KReal, Chaz, YTMG Dubb, and Eli $tones whom all happen to be childhood friends and production by Dustfingaz, Razz, Be Franky, RicandThadeus, as well as DivSel's in home producer Juno Adonis.