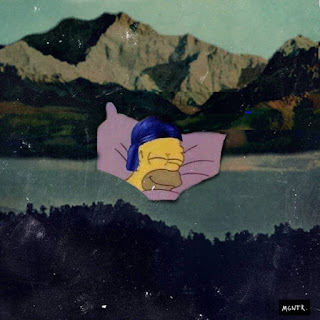 Everything that we do in life is a process from start to finish, and beginning to end. Now the question is depending on your skill level how quickly can you adapt and present an actual complete product. That's what comes to mind when listening to Virginia native producer Logic Marselis latest beat tape offering SILK DURAG.  The project shapes as a metaphor to get those 360 waves it's a process that needs to be accomplished if your willing to put in the work to achieve said goal.
The silent producer has been on a roll lately releasing a plethora of projects and he hints at no signs of letting up  on the repetitive yet soulful "Unstoppable." Midway in through the project Logic finds himself experimenting with different sounds without compromising his signature drums and loops. "Chill" executes this very well, its subtle, relaxed, but still impactful. The VA producer proceeds to transition styles from laid back and smooth to hard hitting, hence "Silky" and "Timberwolf." SILK DURAG sets the tone for a perfect album as a cozy piece to capture the fall season. Expect more from the producer later this year.