[Tribute] What Mac meant to us 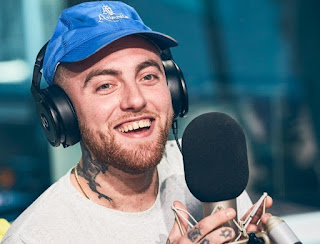 From a few of the many people he touched through his music, and his genuine, fun-loving, and caring personality, this is dedicated to Malcolm James McCormick, Mac Miller. 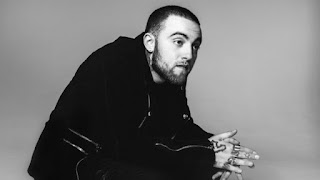 Mac Miller made me want to rap. Plain and simple. Middle School, when I started to dabble with music production, I was also listening to Blue Slide Park and Kids. I didn’t know it at the time but as I was growing older as a person, macs music would grow with me. I went through the emotions of WMWTSO as he dropped it. I was starting to experiment with drugs when he dropped FACES. I was a cocky freshman when GOOD AM blessed my ears. When I listen to Mac, I think of my life. My whole life. That’s why Mac was so important to us. That’s why this one hurts differently. Mac, you will be truly missed. Most dope that’s 4eva

-Jackie Boi I remember bumping Senior Skip Day in my older sisters car at 8/9 years old coming home from elementary school, and I’ll tell you, you will never ever forget those little piano chords when you hear them. Losing Mac was like losing a best friend. I have so many great childhood memories involving his music. He and his contagious smile were taken from us way too soon. Rest in paradise, Mr. Malcolm James McCormick.
You’ll always have a special place in my heart. - David Twist 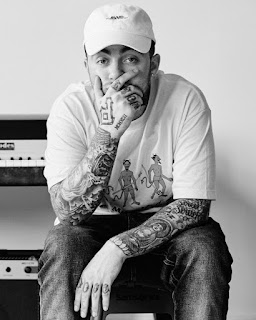 I started listening to Mac Miller when I was in 7th grade, 2010. I use to bump the best day ever project before my AAU basketball games, and as well as the swimming album this year, and I actually got new photos that I’ve taken with the swimming hoodie that I purchased before his death, and it’s sad to hear that, he was always one of my favorite rappers ever. -D2X

As a fellow artist it hit me hard to hear of Mac's untimely loss. I was first introduced to Mac by a good friend of mine who was attending college in Pennsylvania just at the start of his ascension into stardom with what was deemed "frat rap". She told me that his music was catching a lot of steam on campus and he was dope so I decided to check him out. My first impression of him was he can rap pretty well and seemed like a real likable guy but his music honestly wasn't my cup of tea. As time went on when "Watching Movies..." released in 2013 I was very impressed with his growth as an artist and lyricist. I championed to my peers how great of an album it was, many who were unfamiliar with any of his work and wrote him off as another Asher Roth type of artist. In a year flooded with high profile rap releases WMWTSO shined brightest and made me a fan. Being an artist myself a lot of my music is personal and filled with substance to see the evolution of Mac Miller the artist was something I respected immensely. I take this craft as serious as anyone could and I seen that same passion in him, displayed through his knowledge of not only Hip Hop but music in general along with his attention to detail in song construction and so on. In similar fashion to when Watching Movies released, Swimming was overshadowed by higher profile albums but was the prime jewel of them all. His most cohesive effort and layered with plenty of emotion, despair, hope, and beautiful music. We all battle demons and it's a sad day when someone so great falls to theirs. Especially being so young and with so much promise moving forward. Worst part of it all is he fought hard to defeat his demons, he wasn't in denial of them nor promoted the activities that caused them, he was soon about his struggles and wanted to shake them. I could only imagine how great his art would have been moving forward. At just 26 years old I feel he was just finding his true sound and entering his prime. Just glad to know that in his short time here he gave so many people joy and brought light and laughter. - Casket D. Man. His death has really crushed me. I started releasing music around the same time Mac did, and even tho we’re a decade apart in age, I felt a kinship with his music. It was honest and heartfelt. The way he showed us his struggles and let us in his world as he grew and went thru ups and downs made his music that much more real. The wide scope of songs he has (from up beat positivity to ruminating self reflection) cover the full range of human experience and emotions. I feel like we all watched him grow up. The way he was unabashedly himself was always so refreshing to me. Unafraid to be “goofy” or take chances with the music or with visuals, he sent a message to all artists to just be yourself. So, so sad that he is gone. - C.Shreve 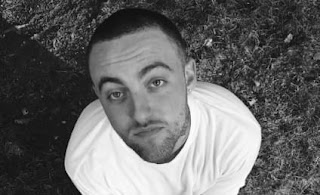 I remember it was back in 2009 when I first heard Mac’s music. I had a homie that was super up on the blogs really early, and I remember him asking me have I heard of Mac Miller but I had already heard “good evening” a few months prior to that.. I immediately became a fan as soon as the beat came on and I later went on to do a remix of the song myself as well. But it was something about the first time I had heard “Kool-Aid And Frozen Pizza” that really solidified me as an die hard fan of Mac Miller. Mac Miller’s music definitely became an influence on me as a kid and as an artist. I remember when he dropped “Macadelic", that’s all that me and my homie was riding to at that time. I think my favorite song from the tape was “Fight The Feeling” featuring Kendrick Lamar. The way that the beat hits gave me a great feeling of nostalgia, I think that it’s safe to say that Mac brought me in more as a listener with that tape as well. The moment he dropped “Faces” bruh, I was blew away by how great the whole tape is. His latest albums like “GOOD AM” and “The Devine Feminine” these are instant classics for me honestly and I feel like they went heavy under the radar on a mainstream level. I feel like artists like Mac that have built a core base over the years have it good though because it don’t matter if radio picks up on the music, he could still sell tickets, pack out a venues and actually sell albums to his fans that they will appreciate more and that’s real success to me. He became a voice for those who might be dealing with depression and those who may be battling addictions of some sort and I can never thank him enough for that because his music has helped me through really dark times man. I could feel and hear the similarities that we both had. I think that we were in similar places mentally around the time he dropped “Faces”. I think Mac was trying to figure out who he was as an adult and what his direction and purpose was from that point on.

I understand that it can come with a lot of depression and anxiety especially living under magnified fame everyday, I think because we are now in a very sensitive yet tough time that people don’t realize that stars are human too man and if you listen close to Mac’s music he spoke about it all.

I could go on about how much I loved Mac as an human period but i will say this.. don’t wait until it’s too late to show your appreciation for your favorite artists, I don’t care what “level” they are on fame wise because sometimes all we need is that extra push to keep going you know? Purchase his new album “Swimming” today! 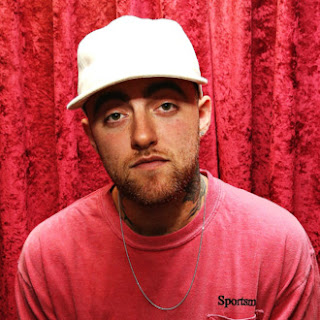 I can't even front, I used to HATE Mac Miller. As an undergrad in college and an RA my residents use to play “Best Day Ever” from Mac all the time. I couldn't see the appeal, fast forward just a few years later and he dropped “Watching Movies With The Sound Off”. Fam, this was the one. It was evident Mac was going through it and he was unabashedly honest about his struggles and mental pain. Further this was when I really started to notice Mac's production, trippy, dark beats with true storytelling is a success in my book. From there it just seemed like Mac continued to sharpen his formula, “Faces”, the Delusional Thomas tape and more showed the numerous sides and creative prowess Mac Miller had. We genuinely watched Mac Miller grow up and mature over the course of his career. Even in the hip hop community Mac collaborated with sooo many acts mainstream and underground alike. Cats forget Mac Miller produced one of Vince Staples first projects in its entirety. What's sad is that it's obvious that between both “The Divine Feminine” & “Swimming” Mac was starting to find his way out of the darkness.

Mac you've helped more people than you realize. We'll see you soon. Also if you haven't, be sure to listen to Mac Miller & The Internet's “Live From Space”. - Big Sto Rest In Peace, Mac. You touched, and helped us all. We love you, we miss you, and we'll never forget you. 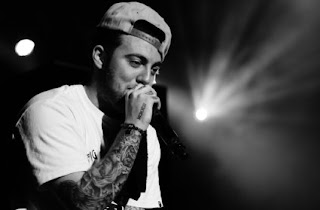