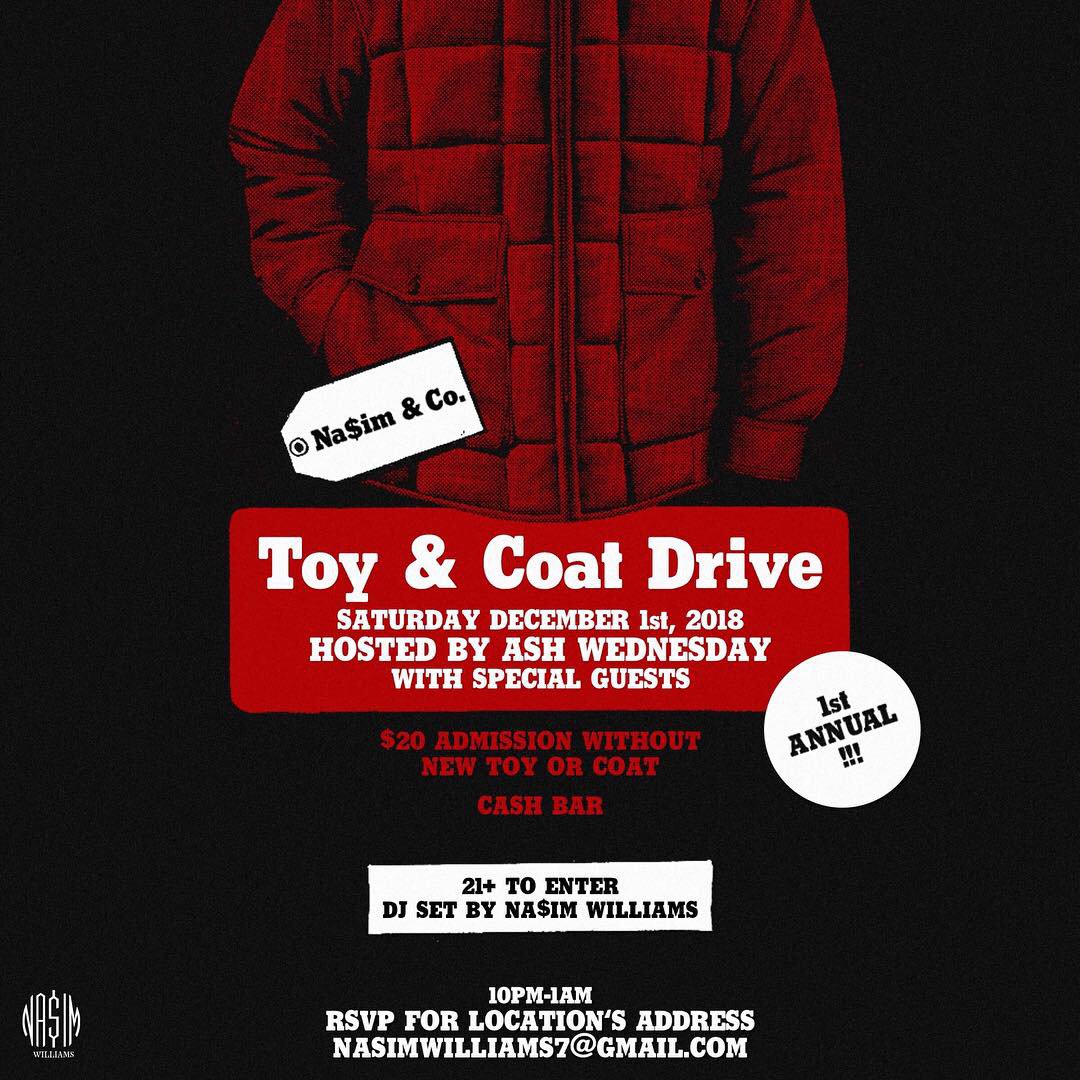 Just in time for Chicago’s notoriously brutal winter, some of the city’s most talented and charitable musicians are coming together to raise money and goods for the less fortunate.

Those in attendance are asked to donate $20 or bring a new toy or coat, which will be donated to those in need.

Ash Wednesday will be hosting and performing, and Williams will also be contributing a DJ set. Other performers include Rich Jones, SiSi Dior, Chariah, and Cado San.

“It is important to support the community through these type of events because no man is bigger than the next,” Williams said. “I have always been taught to help someone in need, especially when you have the resources to do so. Moments like this will allow everyone to connect and play a positive role in each other lives. I want to create a genuine bond and respect amongst all vicinities in this city. I think it can contribute to eliminating all of the senseless behavior that is occurring here.”

Williams works in the expanded learning program for Erie Neighborhood House, a social services organization in Chicago. He and Ash Wednesday first met at a fundraising event, which helped raise money for Chicago Community Bond Fund. Ash said she took a pledge to raise $500 for the CCBF, which helps raise bail money for people in the Cook County Jail system and battles wealth-based incarceration.

In the past, Williams has worked with organizations such as the Chicago Bears and Nike for charitable events, but he said for Saturday’s coat and toy drive he’s doing it more independently.

“Since this is the first annual event, I want to see what my team and I can cover on our own,” Williams said. “I do plan on collaborating with other companies in the future because it will allow us to assist more families.”

The event is 21+ and will include live music, a cash bar, pizza, and much more.

“It feels great to serve and lead my neighborhood,” Williams said of his past charity work. “Every year, Erie finds ways to give back to the families in West Town with the help of sponsors and committed Chicagoans. My hood truly counts on me, so I can’t let them down.”

Contact DJ Na$im Williams for the address to the venue or if you’re in need of donations at NasimWilliams7@gmail.com.