Now with over two decades of experience within the hip-hop community, Substantial has proved himself as a veteran figure within the genre. His career has been an extremely diverse one, one with more than just a few album releases and some singles. He has really done it all, and has come a long way since starting music with the purpose of gaining respect from those around him.

The art form that hip-hop is has been life-altering for many, serving as a primary outlet of expression for trials and tribulations endured. Substantial’s original influences were legends such as Common and Redman, but through his journey he’s found motivation through his peers. These figures include Tonedeff, Kokayi and the late Nujabes, who Substantial proudly performed for at a 2015 tribute show dedicated to the deceased producer.

His last solo album, The Past Is Always Present In The Future, is described by its creator as deliberate. The catchy yet complete record is brilliant in all aspects, leaving no surprise that it quickly reached the top spot on Bandcamp while being adored by both fans and rap critics alike. Substantial has released four solo albums now, but like previously stated these are just a small part of his portfolio. 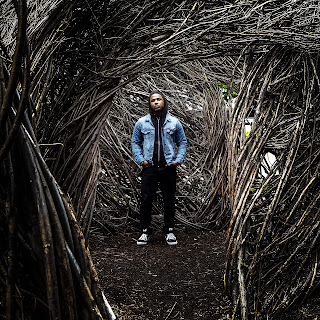 His brilliant capability to create music has earned him over 10,000,000 song plays and thousands upon thousands of followers on social media. It has helped him secure work with huge companies such as Amazon, UBER, Ford, Bentley, and multiple others. MTV, BET, and VH1 have featured Substantial videos, and the artist has also made it to the second round of voting for the Grammys in a trio of categories.

At 39 years old, he is branching out more and more into other fields of music. While Substantial has never been one to stick to a single style (think a mix of jazz, soul, R&B, and hip-hop with the occasional EDM), it is still evident he is rooted in rap. Regardless, he is exploring music for films and video games. Success has been no surprise for him though, and the rapper claims that his biggest musical accomplishment is remixing and writing a song for the upcoming Nintendo Switch game titled Renaine.

Substantial has performed and produced with other legends such as Kool Herc, Oddisee, and CunninLynguists but cites his works with Marcus D and Stephanie Gayle (formerly known as Steph The Sapphic Songstress) as personal favorites. He’s as dedicated to his music as ever and has several upcoming pieces. He’s got a song coming out in December for the soundtrack of Tree of Saviors, a PC game. Fans can also look forward to another solo album in February of 2019, titled Recompositions and simultaneously serving as an addition to his impressive legacy.