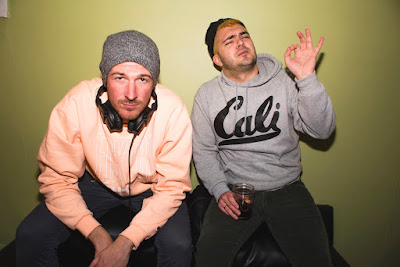 The concept of a one-stop shop of musical genres on a single record is something that has been done countless times in hip-hop, with very few successes.

Failed attempts from multi-talented artists such as Wyclef Jean, Lil Wayne, and Young Thug would deter most unestablished artists from trying to add too many flavors to a single dish, but the Chicago-based duo Super King Reza and Groovebox released their smorgasbord of a project, Everything You Need, earlier this year.

Everything You Need is as ambitious of a project as I’ve heard from a DIY, independent musician, and it serves as an excellent showcase for both of these artists. Super King Reza is a rapper/singer, who hails from Davenport, Iowa, who can churn out an Aaliyah-influenced R&B groove immediately followed by a punchline-heavy track that would make Joe Budden crack a smile. Groovebox, (who has produced for artists such as Glitter Moneyyy, Chore Boy, JayScar, and H.A.D.) is an equally versatile talent, as his production ranges from various styles that consistently works with whatever lane Reza decides to take.

“Horchata” is the second music video off of Everything You Need and is directed, edited, and filmed by Matt Mayerle.

“The concept is a daydream,” Reza said. “My friend Wessie (who is in the video) actually introduced me to horchata a few years ago, and I've been hooked ever since. So when I wrote the song, I had cruising with the homies drinking horchata in mind. We bought them out of horchata, and we hit the beach.”

In the song, Reza raps about a mixture of horchata and Bacardi (which is a strange enough combo that it could maybe work), but he explained when he wrote the song he envisioned horchata Bacardi being a strain of marijuana.

Check out the premiere of “Horchata” below, followed by an in-depth Q&A with Super King Reza and Groovebox.

OK-Tho: So you can both sing and rap, what did you first get started in?

Super King Reza: I was a choir kid when I was in Junior High all the way into college, I took classical voice lessons and sang opera for a few years as well. Always been a fan of hip hop though, just didn't rap till later.

OK-Tho: Do you find it more difficult to market yourself as a musician, since some of your music is heavily in R&B, and other songs are straightforward hip-hop?

Super King Reza: I do and I don't. I think it’s hard to market yourself in general these days! If you know anyone thats down to help let me know, I'm still looking for a dope manager too!

OK-Tho: On a skit on your album, someone says they usually like your singing more than your rapping, is that something you’ve found a lot of people say about your music?

Super King Reza: Yeah, a lot of people prefer my singing over my rapping, but those same people also like to repeat my rap songs to me verbatim. (And that's the full T my friend.) To be honest, I'm honored if people listen to my shit at all though. I'm just a guy trying to grow. 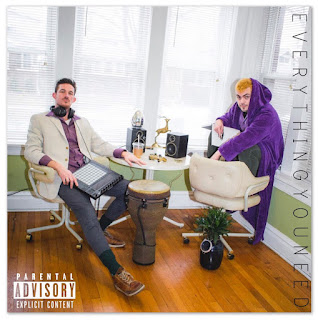 OK-Tho: Groovebox produced all of Everything You Need, what made you decide to work with him exclusively on this project?

Super King Reza: The first time I saw him he was beatboxing for this "comedy rap battle" at this party called "The Dankening." That was the moment I wanted to do music with Dylan [Groovebox].

Over the years, he has inspired me and kept me going in this, so it only felt right, and he is someone I will make music with for the rest of my life. EYN is just the beginning of this #BelovedGang team up.

OK-Tho: What made you want to produce this whole project with Reza?

Groovebox: Reza is a multi-talented artists like myself with a unique story to tell. I thought I could really help him tell that story while at the same time flexing a whole album of completely different styles of tracks. Also, we already dug each other’s music, so it makes it way easier when you are not trying to prove yourself the whole time.

OK-Tho: Was it challenging for you to alternate between so many different styles on this project?

OK-Tho: One of my favorite songs on the project is “Grapefruit,” can you explain a little bit more about what the opening spoken word piece is about, and how it relates to the rest of the song?

Super King Reza: I'm glad you like that one! I dedicated that song to my TT (I dedicate a song to her on all my albums.)

That spoken word piece was written and recorded by Rebecca Baruc, and it moved me and reminded me of the importance of taking your time and living in the present moment. In my verse, I explored a relationship that failed because they stopped living in the moment together.

OK-Tho: You said a lot of this album was influenced by the novel The Alchemist, what specifically about that book inspired you?

Super King Reza: The perseverance of the protagonist to attain his personal legend at all costs. It's a very moving piece, I recommend it. I read it on the plane to Hollywood around the time the Idol stuff was happening .

OK-Tho: So you made the top 200 in American Idol, what was that experience like?

Super King Reza: It was pretty fun to be flown out, and I was on a commercial too! Ultimately, not my scene though. I'd much rather perform with the greats then be judged by them... I don't really want to be judged by anyone, I just want to live my life and make my music. But, I am so grateful and humbled by the experience. 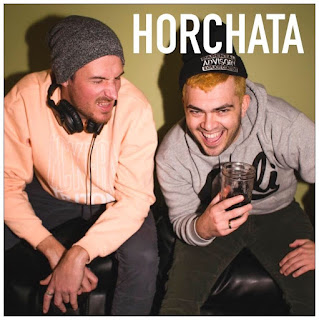 Super King Reza: I don't think I've found my kingdom, but I'm definitely building it now. My real kingdom looks like everyone I love with full hearts to match their full stomachs. I see it in my minds eye right now so maybe I've "found" it, but I haven't built it yet!

OK-Tho: Are you working on other projects at the moment?

OK-Tho: Are there any local artists you want to work with?

Groovebox: Since I am a singer myself, I would love to work with some more vocalists (Jazmyne Fountain comes to mind). As far as rappers are concerned, Matt Muse and I are in talks, and I love to work with L.A. VanGogh.