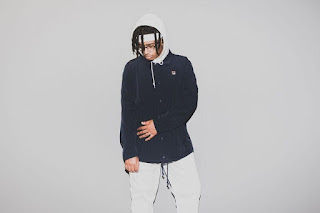 Westside/Woodside Chicago native Musa Reems released his latest full-length project Gamma Quietus a few weeks ago, and it is now available for listening on Soundcloud. This album was the final release from Musa for the year of 2018.
This project was the final punctuation for Musa in 2018. For this project he worked with a variety of producers, and other artists, to create a diverse and cohesive album. The album is heavy with boom-bap style, while it also lingers over dark and moody production to promote the introspective content of the lyrics.
Musa uses his twisting words and meters to give his perspective on what it was like for him to grow in the Chicago music scene while simultaneously tipping his hat off to the city that helped raise him. The album begins with laid back and contemplative beats such as “Quietus prod. immy,” helping give the project some space, and then is driven forward by “Connect 4 prod. Boathouse (Closed Sessions),” creating a dynamic shift in momentum. Then every once in a while tracks like “Where I’m From prod. Franky M” shake it up a little, and give a dark and nasty texture to the album. Each style of production gives Musa the room to leave nothing unsaid, and everything heard.
“His lyrical tenacity and work ethic combine to make him an indomitable force, and his artistic growth through his last 2 releases has been something to watch.” – Stephen Kaplan/Ruby Hornet
“…He spoke often of the evolution of a craft, choosing the right tools and telling the right stories. This product is a welcome mix of each.” -- Jake Krzeczowski/Mild Sauce
He has had a year packed with different solo, and collaborative, releases; this includes Lately I’ve Been Sol Searching 2 and the Occult Powers EP. He has also been able to travel as a part of AEMMP Records, where he performed at the AEMMP Hip Hop Showcase during SXSW at Bat Bar; as well as with Na$im Williams for the New York City dates of his tour. Other releases this year include music videos for “Lingo”, “44 4’s”, and “Flodge”.