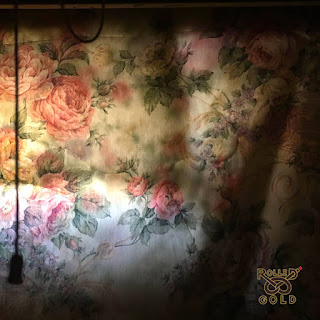 A Different Cloth, Vol. 1” is the first in a series of short beat tapes, aimed at gradually, yet consistently unravelling Rolled Gold’s recent catalog of original composition-based production. Each beat is made by sampling his own compositions, engineered and performed by himself and a select few friends and family members. Decorated with short, chopped & screwed cuts from songs Rolled has produced and/or engineered with his vocalist associates, he illustrates a journey with field recordings and smooth, psychedelic transitions.

Rolled Gold is a hip hop & RnB producer from Philadelphia, PA, who has a versatile, life-long musical resume ranging from jazz to punk rock bands, trap beats to live neo-soul groups, and more. His style has heavy influence from hip-hop producers such as Madlib, J Dilla & Doom, the classic, soulful catalogues of Motown, Stax & Philly International, and jazz greats such as Duke Ellington, Charles Mingus & Art Blakey. While he has been sampling for most of his production so far, his past two years have been spent composing and recording friends and family to use as sample material. His next full-length release will be an album created from these recording sessions, featuring singers, MC’s, and uniquely crafted musical arrangements.