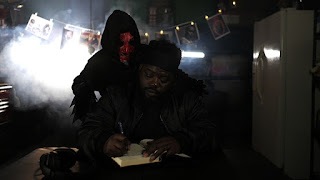 Do you ever battle with your self over something you may or may not like? Do you ever want to hate something because it isn't what you know or something you do? We as human can be judgmental when we do not want to accept change but Why Not look at it from the other side? Play the Devil's Advocate.
In Trey Libra's new single "Devil Call" he is battling with himself over Old School Hip Hop and New School Hip Hop. He comes from an era when Hip Hop was a true art. He comes from the Backpack Rap Era and not the Mumble Rap Era. In his first verse on this song he is defending lyrical hip hop but in the second verse he is playing the "Devil's Advocate" .
Check out his new song and music video below.