2009 Slated For Friday Release, An Album Whose Predecessor Toned A Generation 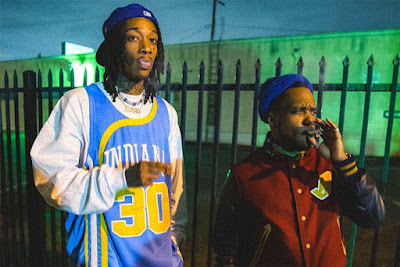 Rumblings of a Curren$y and Wiz Khalifa music-focused, studio rat style reunion from recent months did more than just perk my ears. When the stories were confirmed from the men themselves, and furthermore tours and albums were announced, it felt borderline surreal. The pairing of these two cool handed communicators can do so much while doing so little. Their effortlessness, charisma, and magnetic personas fit the bill of any hip-hop fan, and demographics much further than that. Their ears for a sample and ability to relate to the nine-to-fiver while seeming larger than life is what makes them so special.

2009's How Fly is a piece that feels like it dropped 2 years ago, or maybe 20 years ago. It feels like an internet powered project that stands ahead of its time, or maybe with the times. For a while, it almost seemed like the duo's time of heavy collaboration was long gone, and was just surviving through random feature exchanges as a source of promotion. Wiz was once swallowed in the tide of Hollywood, no longer synonymous with the independent Datpiff based mixtape runs that engraved his name worldwide. The days of swishers and Pittsburgh Pirate fitteds were a thing in the past, and his migration to papers was not what distanced him from that innocent upbringing. Curren$y long lived in a revolver of cult-consumed EP's and mixtapes that barely scraped any mainstream radio play. The two were on different wavelengths.

Now, years removed, the second coming of brotherly collaborations has been announced in the form of 2009, slated to drop this Friday. 2013's Live In Concert EP was a tease, and the duo's plus one who goes by Big Sean on 2011's Proceed tape was headed in a great direction, but never came to full fruition. We finally have what we have been waiting for. On How Fly Spitta raps "Still keep the tooth brush in my car/With some basketball shorts and a charger for my phone" while his partner says things like "I'm in the back seat playing Xbox, car service just chillin'". They straddle the line of lavish and down to Earth while crossing it back and forth to perfection. It sounds like we can expect the same demeanor from the two.

10 years later (pictured above), Wiz stands towering, baggy long sleeved-tee draped in a powder blue Indiana jersey with his NOLA partner chiefing besides him. A truly beautiful sight. 2009 will be a slice of nostalgia for those who have watched the timeline play out. For a certain demographic How Fly is a project reflected on in the way that people born in the 80's reflect on works like Blackout! or Blackstar. It's successor is gearing up to be just as special.

Check out the track listing and tour dates below. 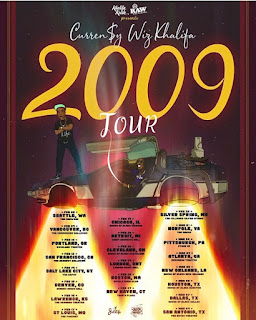 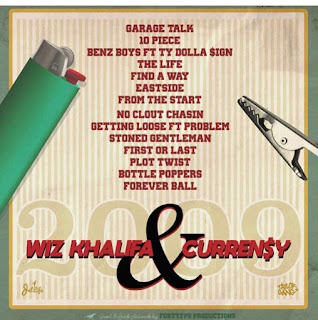