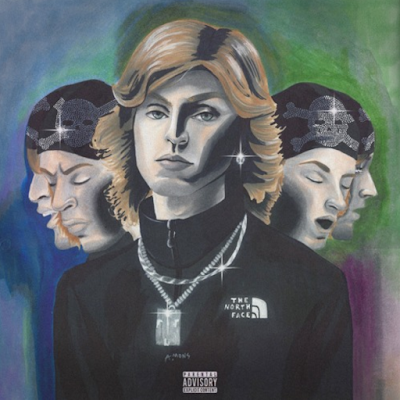 As we've covered in days past, 909 Memphis is a bohemian in the scope of hip-hop—an artist who makes himself emotionally available and vulnerable through his content. With the anticipation of his album, all boxes were checked upon its release. Mixed Feelings is a tad lengthy in the respect that it lasts 14 tracks, but it doesn't drag or feel like a chore to listen to. With the potential to be hip-hop's golden boy, 909 shines like the locks that sit on his shoulders.

In typical fashion the Virginia artist relates to listeners, pondering on past events whether it be the way his time is spent or the way he intersects with the women in his life. Open, honest feelings highlight the way he reflects on relationships i.e. on "I Hate Myself" the lyrics "you can never hate me more than I hate me" ring long after the song comes to a close. On "Work" it feels like a washed man simply asking for a lapdance from the one he's had his eye on. The moods throughout the project sway like the temperament of anyone going through it. It begins to feel more like a journal, but one with melodies and deliveries that pin to your head like a parasite.

Mixed Feelings makes it hard to pick a favorite cut. Whether it be the ambience of the looped strings that scratch your itch, or the more synthetic instrumentals he rides, there's a time and a place for all of it. 909 Memphis has spoken on the serious ambitions for his future, and if this project doesn't do it, the next one might. With the art of catchiness down to a tee, and vulnerability and honesty in spades, he sets himself up for success.