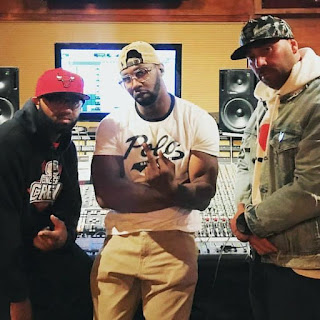 In a time where so much music is claimed to be authentic Hip Hop,
Killarmy's 9th Prince returns with fellow Shaolin marksmen
Trife Diesel and JoJo Pellegrino to tell all the culture vultures to "Stop"
faking the funk.


In the 9th Prince directed visual, the Wu-York City trio takes it back to the
gun-slinging Wild West where disputes were settled by duels to the death. 9th, Trife and JoJo strap on their holsters, cowboy boots and hats before busting their verbal six-shooters over the gritty production created by the Madman himself, 9th Prince.


"Stop" is the second visual from 9th Prince's "Madman's Revenge" EP, a seven song journey that also features Kool Keith, Solomon Childs and Prodigal Sunn (Sunz Of Man).  "Madman's Revenge", which is available now on CD, cassette and all major streaming platforms is also the first ever project to be entirely produced by 9th Prince.