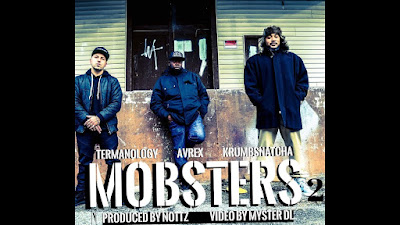 Avrex is a Virginia based rapper set to release his debut album titled "GROWTH" soon. The lead single "Mobster Pt. 2" boasts a powerhouse line-up featuring mentor and cousin Krumbsnatcha, The Cameo King himself Termanology, and production from beat bully Nottz.

The title "Mobster Pt. 2" alludes to Krumbsnatcha's 1996 single "Mobsters." The track attacks a number of issues such as street violence, the struggle to fit in, and using a gangster/street life front to further one's career in the music industry. Peep the video directed by Myster DL below.