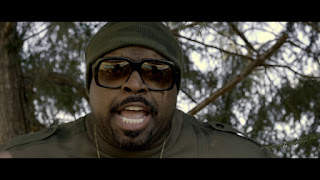 Now, Kay Slay is back with a visual for the title track from his recently released album. “Hip Hop Frontline” features Raekwon, Cee-Lo Green and two of Hip- Hop’s forefathers in Grandmaster Caz and Melle Mel.