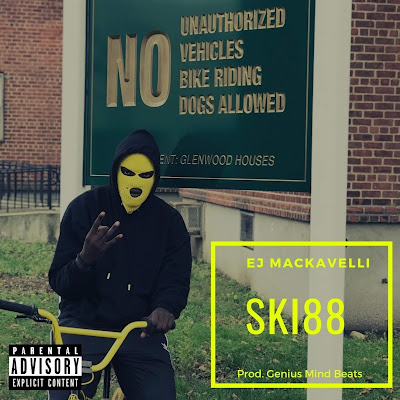 Brooklyn, New York's EJ Mackavelli is a back with a fresh new single titled “Ski88.” Following up his previous street warmer, “No Fake Love” from last year, EJ Mackavelli proves again why he is a lyrcist that is a force to be reckoned with. Released under the Litt Music imprint based out of New York City, “Ski88” are for the guys in a similar situation as EJ -- for when your back is against the wall, and how to keep your composure during difficult times.


Stream “Ski88” by EJ Mackavelli below