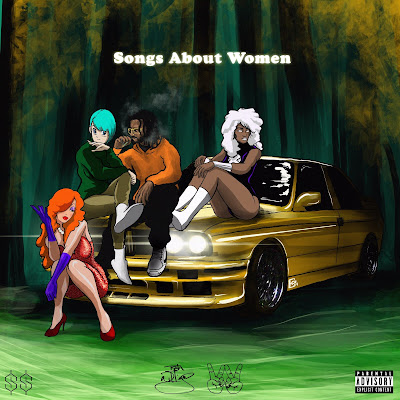 Southside Jersey emcee Ish Williams has been on the grind for a while now, coming off a productive 2018 where he released two projects and a number of singles. Now that 2019 is here that grind doesn’t stop as last week he released a 5 track EP “Songs About Women”.

Coming in around 15 minutes Ish Williams goes against the grain with “Songs About Women”. All 5 tracks are not romantic, love fests, our hero even provides a bit of frustration and commentary on the EP with tracks like “Cash App”. With it being late February, I’ve lightweight played this as a "prequel to Spring" project, with how energetic and bright this project is. Check out the project below and keep it locked here for more on Ish Williams.