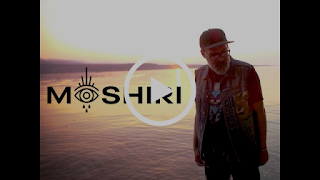 Mo Moshiri is an MC, songwriter, and producer. He is perhaps best known however, as one of the founders of the seminal west coast hip-hop group Sweatshop Union. Together they recorded several albums, performed hundreds of shows, earned Juno nods and WCMA wins, and helped pave the path for the new generation of artists making waves.  After a healthy hiatus, Mo is back from deep space and feeling rejuvenated. He wants to talk to YOU about everything! Or maybe just vibe.  The 11 songs on the new album Can I Tell You Something? are a potent blend of true-skool hip-hop and global bass music with intelligent and passionate rhymes, and melodies that stay with you. A majority of the production on the album is handled by long-time friends Mo and Rob the Viking, who have been working together since they were both in their teens. In fact, it was Rob who showed Mo how to make beats 20 years ago! Working together again was a very natural and powerful combination, which translated into the well crafted record before us. Together, they recorded at the Chamber on Vancouver Island.  Can I Tell You Something? is set for release this Summer 2019 via URBNET.