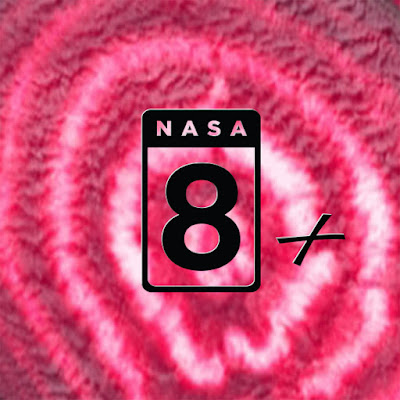 Maryland based group nasa8 has been around for awhile now, dropping an unbelievable amount of music or the last five years at least. Nasa8 is a group made of Opo Cultra, Ale from Summerclub, GodSenseBeats, Tek.Lun, SurQ and many many more. What makes nasa8 as prolific and consistent as they are is their ability to do the majority of their work in-house.

Almost everyone in the group emcees AND produces which opens up the door for anything, from mixtapes, to rap albums, from beat tapes to instrumental mixes. This time around I have their the 9th volume of their instrumental series which started back in 2015 with volume I. Here in Volume 9 you’re getting a diversity of sounds from the electronic sounds of Tek.Lun, the bumping House music from Ale’s closer, the samurai vibes you get from GodSense’s “Underway” or the sick sounds of JahSh00da’s “Flu-Tacious” you’re getting a dose of everything with nasa8 tape Volume 9. Stream it below and keep your ears perked for more.