Tay Rob - That's How We Do (Prod. By Austin Chapline) (Single) 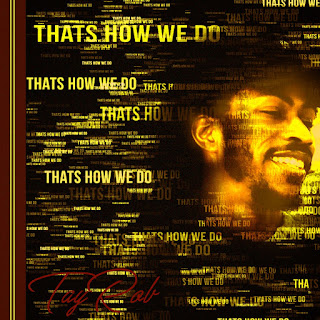 The name of the song is "That's How We Do" and it is under the rap genre. The song is produced by a producer named Austin Chapline that I met on YouTube. Austin was someone that I connected with through a few emails. "That's How We Do" was a song that I wrote a few different things in mind. I wanted to touch on different aspects about the needed work that has to be put in to not only be successful in music, but in anything that a person is pursuing anything in life.

I also have a line that speaks about the common misconception that success just happens overnight which is almost never the case. I speak about how I was in a sense "waiting on the right moment" to start putting forth a real effort with my music career, which was just an excuse for me to be lazy. This song was one that I wanted to focus on the drive and dedication that needs to be put into play in order for a person to be successful. This song will not be on a future album or project. It is just a single. As with all of my other songs, "That's How We Do" does not contain explicit lyrics.