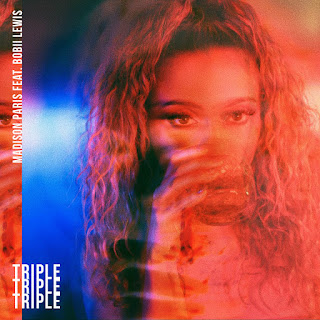 Having launched herself into the scene just over a year ago Madison has already proven that she’s here to stay, with supporting slots for M.O, being the face of the Footasylum x Nike Utility Boot campaign which featured her single ‘Rum & Wine’ (also BBC 1Xtra’s Introducing Track of the Week) and an pool of bangers including ‘Oh Mama’ featuring Micah Million.
With new track gaining a US radio premiere by LA based on air personality and member of the budding YesJulz! empire, Alaysia Navarro on Dash Radio (alongside a full-length interview airing soon), as well as a forthcoming UK premiere from BBC 1Xtra’s DJ Ace, ‘Triple’ shows her impressive ability to blend genres including R&B, pop and trap is well-received not only in her home turf but in the lucrative LA scene.