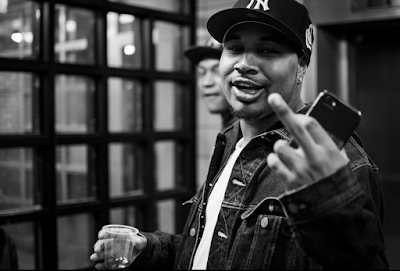 New Jersey native Man-Z squares away the run for his upcoming EP MVP with its first single, "Pivot". Staying on his feet, keeping his pivot of course, Man-Z construes a plan to grow from all angles while keeping his family close to his side. Images of project hallways, park benches, and bodegas, set the scene for the video as the emcee stands proud in a paisley polo and Astro-starred fitted cap. Produced by Sly Drexler, the dreary, sample-driven beat is fitting for Man-Z, who is always good for quality bars depicting his life of hustle and grit.

Watch the video for "Pivot" below, and don't sleep on MVP.