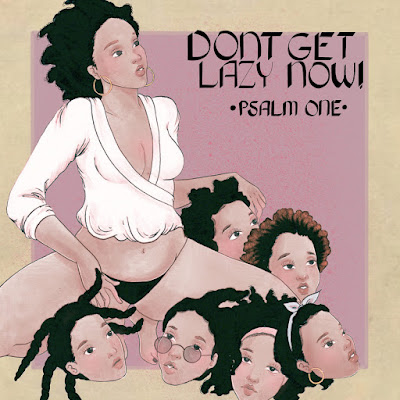 Psalm One is a legend in hip-hop there’s really no arguing against that, but its been a minute since we’ve gotten a project from the Chicago standout….until today. “Don’t Get Lazy Now!” is a straight up empowering album that demands your attention. It’s insane how a three track EP can not only have you craving more but leave you feeling full at the same time.

I love albums like this because Psalm One is slapping us in the face with some raw truth that some haven’t seemed to learn yet like basic respect. However with how content heavy this is, Psalm One isn’t preaching at us, she is letting you know that she’s proud of herself, she loves herself and she’s more than done with the bullshit. Produced by Optiks, Psalm One smashes this EP to pieces and I can only pray that we get more, even if it’s in the form of these three track EPs. If you’ll excuse me, I need to throw this back on. You can stream “Don’t Get Lazy Now!” below.