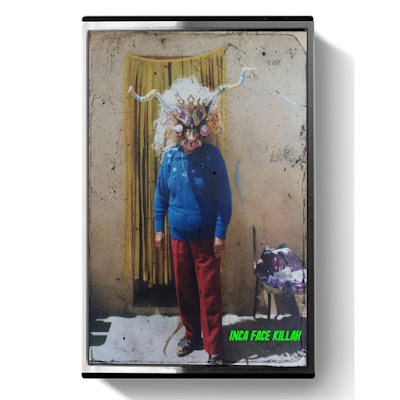 The DMV's DJ Mastamind runs circles on his beat pad for 32 tracks closing out over an hour long on his most recent tape, Inca Face Killah. The producer/DJ who, amongst other endeavors, spends a good chunk of his time touring and working with Ankhlejohn and his DC brethren has given us a legitimate look at his sound as a instrumentalist. Serving primarily as a raw beat tape for emcees to dig through, Inca Face Killah scores to the sound of gritty, street narratives with cold bars at the frontline.

Mastamind's care and custody over his sample selection is evident, as each one serves its own purpose; whether it be a loop that's the face of the track or old film dialogue used as an accent to fade it out. From front to back the script stays just about the same—drums that kick with ringing samples and left-field sounds fit for a boom-bap friendly artist with a creative edge. The tape speaks to a cultural side of Mastamind as well. When asked about the project he mentioned:


"[when] it comes to the music, it's a pure, raw, beat tape, for rappers. Inca Face Killah is just me paying homage to my Bolivian side. I'm working on another beat tape named Mayan Face Killah, doing the same for my Salvadorian side."

He also mentioned how some of the tracks on Inca Face Killah are going to be coming out on projects from the likes of Al Divino, Sauce Heist, Rahiem Supreme, and Ankhlejohn. Mastamind is a, well, Mastamind, behind some of the most exciting ongoings in that pocket of underground artists. Purchase or listen to his most recent tape below, and look out for Mayan Face Killah coming soon.