I Read Logic's Supermarket, It Was Terrible [Book Review] 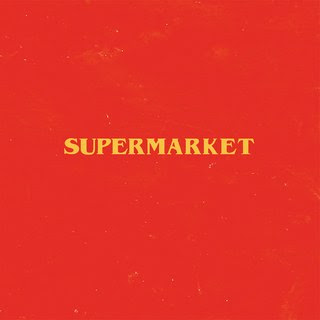 Logic is Maryland's ever redundant biracial emcee who never shies at a chance to be the posterboy for nerdy, bubbly intersections of hip-hop and other subcultures. His constant mentioning of his mixed background comes off as a yearn for oppression, while his interest in astrology or whatever it may be seems like another attempt at being deep and savvy. His artistic profile embodies everything built for consumers who follow trends that are meant to make them seem more intellectual than the next, like watching Rick and Morty or The Big Bang Theory, or going to the MOMA and ragging on people who go to bars.

All of these characterizations aside, Logic (or Bobby Hall, not to be confused with Bobby Hill) tests the waters of his artistic merit and decides to write a book with a "soundtrack?" that shares the same name, Supermarket. As an ode to Logic, I am going to pull a cliche and start from the end and then move on from there. On the back cover of the physical copies reads "The stunning debut novel from one of the most creative artists of our generation, Bobby Hall a.k.a. Logic." Okay. It seems whoever penned up this little excerpt probably visited his house and smoked some dope strains, listened to an original press of The White Album—on vinyl of course because that's the only way to listen to real music—and then read through his vintage moleskin journal listing his ideas of how to make the world a better place. When the writer realized the last solution on his list was simply "#100. Love", there was no way around it—Logic is a generational talent boiling over with creativity and original thoughts.

The problem is that this book epitomizes the antithesis of what Logic dickriders think he is. Originality and unique qualities are far from what makes him, his discography, or his novel the success he is today. In fact it is his ability to pick and choose facets of pop culture and media that he finds funky and dope, and then regurgitate them with his vanilla spin into something more easily comprehendible by the masses. It's like he is spearheading a massive frat-friendly hip-hop Kidz Bop scheme. Supermarket dumbs itself down to the extreme where every point that is deemed necessary to make is spoon-fed to the reader. Not a simile or metaphor goes by without the narrating voice explaining it to a bore, like they were not already simple enough. Everything he does as an author assumes that the reader has no idea how writing works, as if he were to say "she was as hot as the sun" and in our heads we reply "oh no! stay away! that's too hot!!!"

Very early into the book, Flynn, the protagonist, decides to apply for a job. During the interview he is tasked with the age old 'sell me this' proposition, except instead of a pen it is a windex bottle. Flynn goes on to slap a $20 bill onto the bottle and tries to sell it back to the interviewer for $5, because of course the $15 deficit is worth the eternal fruit that is the stock shelving job. A few pages later he draws up a non-existent conversation that he had in his head as a chance to project his life advice onto the audience. Flynn tells the made up person that if they want to do something just go do it. If you want to travel the world, go stay at hotels and critique them in a blog to earn income, or something along those lines. These become two small checkmarks on the long laundry list of hollow, garbage life advocating that Logic clearly has an agenda to get done throughout the book. The plot feels more like a pointless vehicle for all of it. The tone feels like Logic just revisited his old high school and met his guidance counselor for the first time.

The story is constantly interrupted by these sideshow roundabout lectures on finance, personal well-being, and self help. They are also cluttered by Logic's inability to not flex his pop culture references. Between the soundtrack and the namedrops in the book, he clearly wants to show off his hard on for Mac Demarco, because yanno, Mac Demarco is strictly for people with a good taste in music who understand life. Besides Demarco, things like Jeopardy! and the aforementioned Rick and Morty are brought up, both with no plot-progressing or character-developing qualities, but instead to make sure we know that Logic (sorry, Flynn) enjoys them. None of these references or metaphors push the book along whatsoever. They hold no value, they get in the way, and just serve as more of a reason for the voice to go back to the drawing board of explanations. Every teaspoon of imagery is conjured in the most elementary, deliberate fashion. He even practices breaking the 4th wall in a way that was clearly just forced in for that fact that he thinks it's cute and funny. There is no rhyme or reason for the timing of it, or for the practicality of it. It turns into a huge "so you're probably wondering how I got here right now" and then an "oopsie haha I should stop rambling and get back to the story now".

Supermarket is just a couple hundred of pages of Logic jerking himself off into a publisher's mouth, one that was excitable enough to let this one pass when there are plenty of other hard working writers who actually have a half a clue of what their plan is. The worst part about it might be that Logic is probably not pulling any fast ones. He likely has no clue that he is preying on an audience that is looking for a black friend to use in social situations, misidentifies with mental illnesses, or picks up books and heats up tea to feel mentally empowered. He is completely ignorant to the fact that his book intended for an adult audience is downright insulting and is self-annotated for the likes of a 13 year old. It makes it all that much more embarrassing. He doesn't even know what he is committing. There is credit due for the bravery of trying out new mediums, and putting in time and effort to writing an entire novel. There are certain parts of the story that might keep you going for a couple of pages. The blatant reality however, is that this book is a hot steaming diaper of trash that should have never gotten greenlighted. If you want to read Logic air out his program of life advice disguised as a dud of a character moseying through a shitty storyline then check it out.