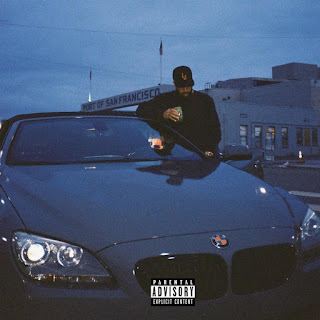 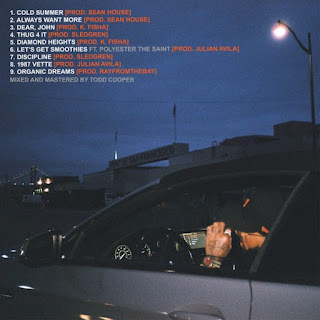 Larry June is no longer a sprouting name in the game. He's established himself as an organic orange eating, water drinking, 'yee-heeing' Bay Area emcee with a checkered past worth sharing. His catalogue often teeters between trapped out bangers and thoughtful, sample-driven cuts.

On The Port of San Francisco, June sticks to the latter. Both approaches work for him, and of course it's not as black and white as mentioned, but he really locks into his beat selection on this one. You're not going to get "Glock 40" or "Master Manipulator" Larry on this project. You'll find instead a reflective, relaxed, and cool-handed street hustler turned poet who finds his way on some clean samples. Tracks like "Discipline" and "1987 Vette" are personal favorites for their ability to set the tone of late 80's pimping and good living. The production is divvied up between Sledgren, Sean House, K Fisha, Julian Avila, and Rayfromthebay. The instrumentals run together like stitching on a sweater, none standing out as out of place.

It's nice to see Larry comfortable in his element. The Port of San Francisco seems like he came in with an approach that he was hungry to execute (though on the project he fesses that the rap game money is addicting and always there for him). He's got something to say, using the LP to look back on his journey from Bay Area trapper to hip-hop's spokesman for oranges and healthy habits. He sounds like a made man. All 9 tracks have something to offer, none of which drag or lose focus.

The Port of San Francisco is a thorough listen, check it out below.