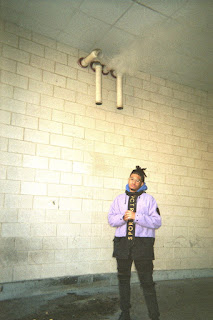 Inspired by Jay-Z track “Dear Summer”, Musa Reems is flipping the script and releasing a letter addressed to the cold months of winter. Scheduled for release April 2nd, “Dear Winter” utilizes a sparse yet soulful beat (prod. Othello) that emotes a feeling of hope as well as a lingering sense of anguish in its minor progression. Musa uses these mixed emotions, and focuses his verses on the uncertain world around him. Staying hopefully cautious of the future, Musa speaks of his aspirations as well as his fears in this purposeful allegory.

This is the second loosie release after his most recent album Gamma Quietus, the first being “Godspeed x TYPE SH!T”. Musa Reems is also just coming back from Austin, Texas where he performed at several showcases during SXSW, including the Talib Kweli/Bun B birthday showcase at Native Hostel.