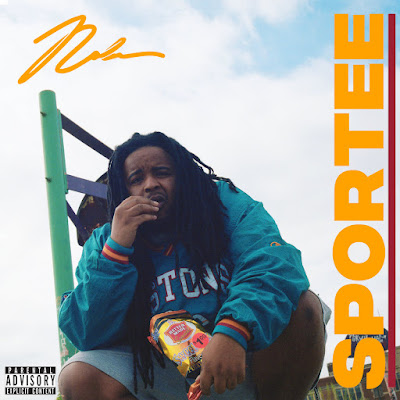 Sheesh, a ton of goats are releasing music this month, Nolan The Ninja again is one of my favorite artists ever. Clearly cut from an underground cloth, that influence has been seen throughout the course of Nolan The Ninja’s career. As with a good portion of artists on Mello Music Group’s roster, Nolan is also an incredible producer. To me, both his debut “he[art]” and sophomore album “Yen” are classics, not a single track that I didn’t like.

The work he’s put in with those albums paid off, as now the Detroit native has signed to independent powerhouse Mello Music Group and with that signing comes his album “Sportee”. After Nolan dropped “Yen” in 2017, Nolan seemed to experiment a bit with his sound and “Sportee” shows the results of that time in the lab. During the campaign run for this album, I tried to avoid most of the single releases as to not spoil it for myself. Thankfully, Nolan has mixed some of the new sounds and cadences he’s experimented with over the last couple years, with the underground, grimy sound we’ve grown to love from Nolan The Ninja. Also thank God that this album comes in at 21 tracks, at 59 minutes.

Peep the album below and expect a review from yours truly soon.