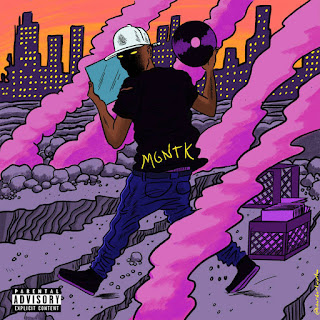 Baltimore emcee UllNevaNo and Virginia producer Logic Marselis haven't released a project together since their 2013 full length debut "The Protocol". With a highly extensive catalog from the two, they've always managed to continue to wave the MGNTK brand. Years later, they bring to the masses DUSTIN GRIME which is a conceptual album based on a fictional character that brings the rawness that hip hop fans fiend for. Clocking in at 14 tracks, the duo brings the listener into their world where UllNevaNo shows his range from lyrical dexterity to vivid storytelling over Logic's exceptional production. Put your wallabees on -- the DUSTIN GRIME sound quality is straight from the cassette deck.

Mixed and mastered at the MGNTIK RSRCH CNTR