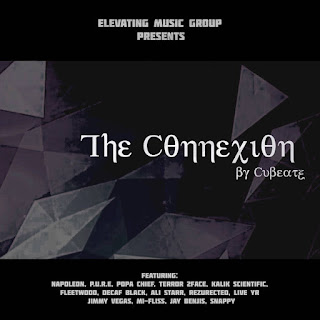 Cubeatz is known for delivering fresh and original Hip-Hop and Rap beats and is the founder of Elevating Music Group.
Influenced by the greatest Cubeatz started making beats and producing tracks in '98. He worked with local European underground artists for several years. Just before moving to Thailand in 2010 he produced his first radio single. After putting out several beat tapes, Cubeatz began focusing on full productions.

The years that followed he produced songs and albums under Elevating Music Group and worked closely with several international artists.

In 2017, under his alter-ego Elevatah, he released ‘Equilibrium V1: Opposing Forces’ together with British producer Dj Squigz. A 24-track album that featured artists from across the globe.

His latest work is ‘The Connexion’ dropped in May 2019. An international collaboration album that’s spiritually loaded with heavy tracks. It features fourteen artists, all tracks produced by Cubeatz for Elevating Music Group.