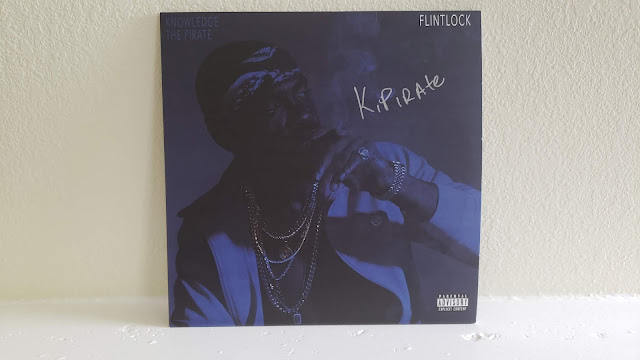 Knowledge the Pirate is not new to hip-hop despite “Flintlock” being his debut album, if you’ve been paying attention, the New York artist has done numerous guest features with Roc Marciano and has always had a hand in production. Knowledge shows up twice on Roc’s classic “Rosebudd’s Revenge 2” and after that I had to see if he had any solo material out. At the time there was none, however in August of last year (2018), Knowledge gave us Flintlock and I truthfully believe it’s one of 2018’s more underrated gems.

Right off the bat, Knowledge the Pirate is straight grimy, rough, underground hip-hop, no high tempo party bangers, the sound lies in samples, the sound lies in deep bass lines that will snap your neck in half. Knowledge doesn’t take “The Pirate” part of his name lightly at all, including interludes that add personality to the album and his character. Coming in a little over 50 minutes, we’re given vivid and exact stories from a journeyman who has traveled the world.

Now speaking on this album in terms of the vinyl record, Side B has to be the MVP of the entire album. Frequent collaborator and partner in crime Elemnt helms the production in its entirety on this side (and the majority of the production on The Pirate’s sophomore album Black Cesar which dropped shortly after “Flintlock”) and it fits Knowledge like a glove. “More Than Money” is easily my favorite track on this and is a good summary not just of the album, but the career led by cats like Knowledge, Roc Marciano, Griselda and others. The flute sample used by Elemnt, provides the perfect canvas for Knowledge the Pirate to vent. It is not all just about the dollar bills, it is not just about the product, lives are lost in all of this, families, friendships, relationships broken up in the name survival or worse pride. Knowledge the Pirate countless times on this project may seem like he’s only flexing, but there’s clear grief, pain and loss in his music and lyrics as well. 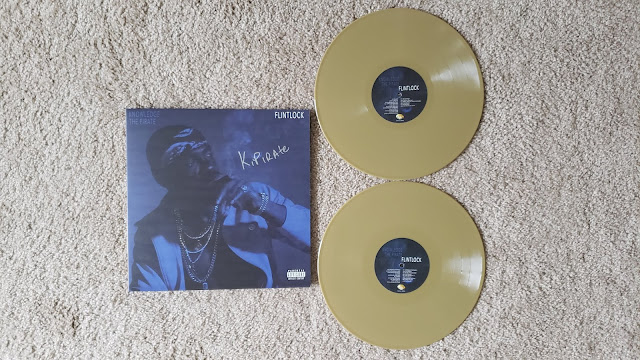 Don’t get it twisted though, the last thing I’d want to happen even to my worst enemy is have Knowledge the Pirate pull up on me on some serious stuff. There’s a lot of wannabe speak in hip-hop these days about gun talk, moving product and what comes along with that, Knowledge is about that life period. Tracks like “None Left Standing” has Knowledge calmly explaining the life he and his peers lead, it’ll send chills down your spine but also have you saying “Damn.”

I can’t stand nowadays how people talk so much of how hip-hop is a terrible place, when hip-hop music like “Flintlock” exists. Knowledge the Pirate doesn’t hold back who he is and what type of sounds he’s going to rap over. If you like Wu, if you like Roc Marciano, Griselda, that spine shaking bassline, fit with a beautiful sample, fit with lyrics telling the tales of a Pirate who’s been to hell and back, concluded with an interlude that fits our villain exactly, Knowledge the Pirate’s “Flintlock” was literally created for you to spin and spin again. The Pirate is just getting started as at the time of this review, he’s already released his sophomore effort “Black Cesar”.

Vinyl Review: Between the gold records and the limited edition coin that came with the album, my absolute only gripe with the vinyl is lack of gatefold. With this being a double LP it would’ve been really cool to get some extra artwork or even some liner notes with the vinyl record. Now compared to other vinyl packaging, I love the smooth material of the autographed album cover, differing greatly from the usual sometimes cheaper material. This album was pressed up by Tuff Kong Records. 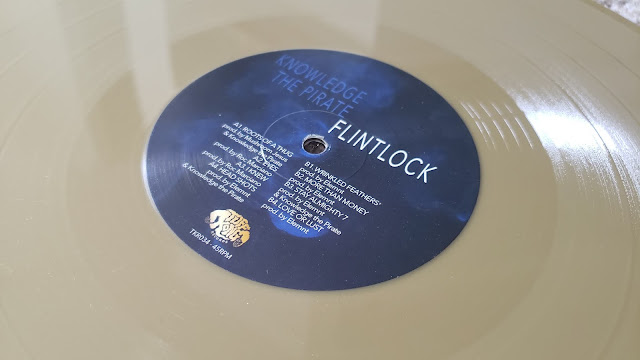