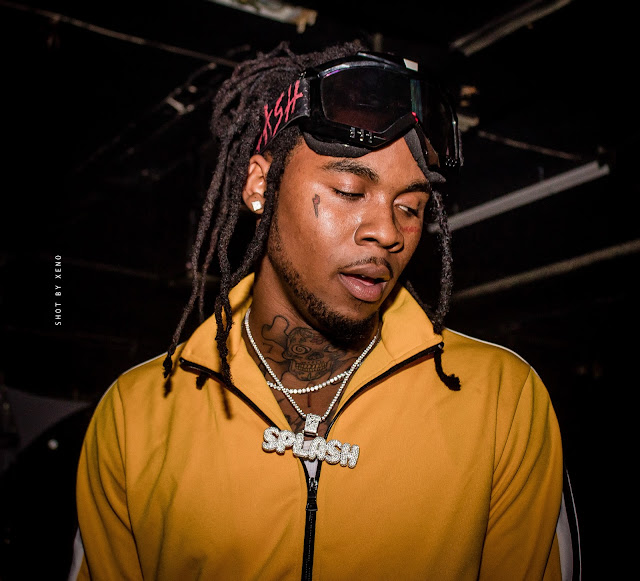 One of the biggest problems I’ve had with hip-hop journalism and just people in general (I’m guilty of this too) is how quickly and adamant we are in pinning artists to a certain lane or genre. Chances are you’ve heard or are about to hear who South Florida’s Splash Zanotti is. Maybe you’ve seen him in the past with Ski Mask The Slump God or any of his associated acts. Maybe you’re getting ready to see the South Florida native take over Rolling Loud later this weekend. Or better yet, you’ve already seen him and you’re curious to hear more. Behind the passion and rage on stage, Splash holds an entire community on his back in Jamaica. While he may be performing at Rolling Loud amongst tens of thousands, what we don’t see is the amount he’s given to his people, the grandmother he’s taking care of and the weight that comes with that.

It’s easy nowadays to pigeonhole artists into a lane, whether based on sound, or association. Florida’s Splash Zanotti wants to break the mold and leave his mark on the world without compromising anything. “Splash Zanotti is a representation of every kid out there that ever felt like they weren’t good enough” is just the beginning of what Splash brings to the table. Getting set to perform at Miami’s Rolling Loud this weekend, Splash is ready to put himself on everyone’s radar. 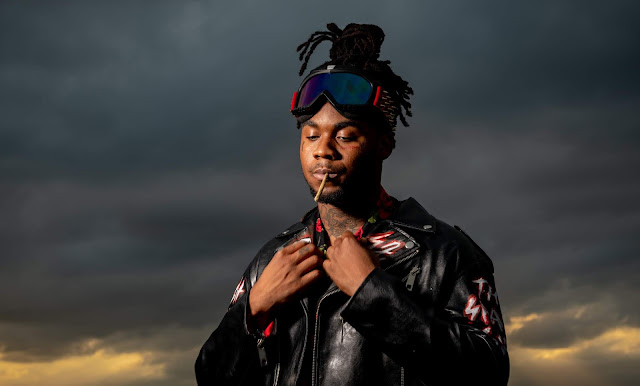 Splash’s beginnings don’t stem from an overconfidence, rather it stems from the combination of all the work he’s put in over the years and the environment him and his grandmothers went through. This eventually led to him making music with Smokepurrp, Ski Mask The Slump God, Lil Pump and more. The elevation continued when Splash went on tour with Boosie, Webby, Maybach Music Group, his energetic and aggressive styles are easily felt both by the audience in his live sets and in his music. Splash has more than proven himself to his peers and his fans.

Splash’s ascension to stardom naturally caused labels to take an interest in the Broward native who’s biggest concern wasn’t getting the quickest, fastest check became discouraged by the mainstream music industry. This however, gave Splash the motivation and encouragement to stay with his brand and with his own game plan. This led to Splash dropping his album Sz Canis Majoris at the end of 2018. One listen to this project (inspired by the Kingdom Hearts series as shown by his holding of the Keyblade in the cover art) and you immediately hear the diversity and range that Splash Zanotti has. With absolute heaters and bass breakers like Easy to smoother cuts like the closer Home. Even Splash says “I wanted to plant a seed in my core following, revealing my true diversity, so when the future comes there wouldn't be a surprise for the greatest that was among us.” To compliment the release of Sz Canis Majoris Splash teamed up with FXRBES (who also directed Denzel Curry’s “ULT” music video) to drop a short visual for “Everyday” that fits Splash’s personality to perfection. A man serious about his work and his family but not one to mess with nonchalantly.

Of course this is only the beginning, the South Florida native is performing in the legendary Rolling Loud Festival in Miami this weekend. This is Splash’s first time having his name on the bill, but not his first time performing as he’s shared the stage with Lil Pump & Smokepurrp. When asked what’s in store for Rolling Loud, Splash responds “Expect to be energized, I make sure we all connect. When we all become one that's when the real fun begins. Rage!!!” Even once Rolling Loud is done Splash expects to hit the ground running still with an album produced by Murdabeatz coming out later this year.