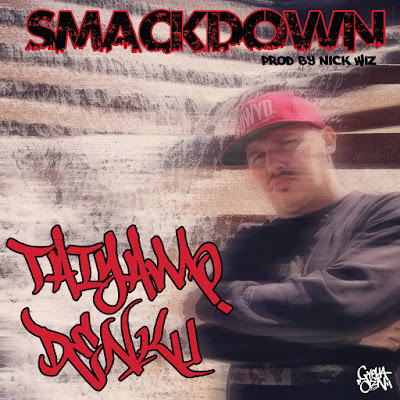 Far from just your favorite local emcee, Milwaukee resident Taiyamo Denku has toured the nation repeatedly. Doing so has garnered himself a core fan base and a commanding stage presence. Having easily released over 100 songs with a long list of Hip Hop's most esteemed players, Denku is the true definition of a die-hard emcee. For his latest drop, he provides an official video for "Smackdown". Found on 2016's EP, "If I Did An Album With Nick Wiz", the Cypha Den Music CEO looks to CTM Films to capture him spilling bars on the back streets of his Milwaukee stomping grounds. While on tour, "Smackdown" had a great response rate from show goers. So after some deliberating and upcoming shows booked, Taiyamo felt the need to bring this previous release to the video lens in a crisp and colorful way. The video is provided below, courtesy of YouTube.
CTM Films Nick Wiz Smackdown Taiyamo Denku