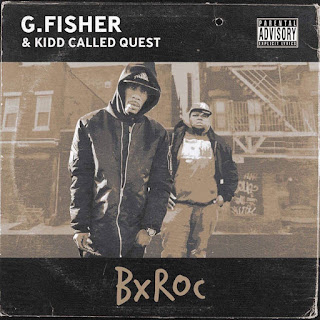 BXROC is the Highly Anticipated new album from BX G.Fisher and Rochester NY producer Kidd Called Quest that has begun to take on Mythical Proportions like the release of Dr Dre's detox. For almost 4 years the Rap game's been anticipating its release.

With G.Fisher becoming legendary and well known in Underground circles and Kidd Called Quest building up and making his name as a go to producer, they decided to come together and recreate the energy captured by great producer/Mc combos like Eric B and Rakim, Guru and Dj Premier and some of the best Hip-Hop albums of all time. They finally decide to release The Grimey  "BXROC" to the public.. If your a Real Hip-Hop Head that's been waiting for Pure Hardcore beats and Lyrics,This is the project for you .  @official_g.fisher @kiddcalledquest