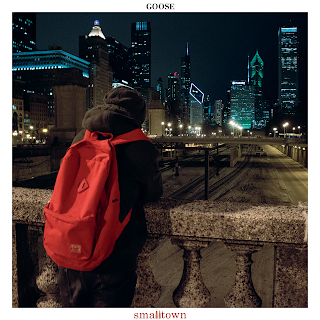 "smalltown" is the title track and opener to Goose's forthcoming album, which has been five years in the making. The Chicago-based rapper and music journalist moved to the Windy City from Ohio in the summer 2013, when he shortly after began working on what would become the album, smalltown.

"smalltown" has a smooth, chill instrumental (produced by Chicago musician Phoelix, who has worked with Noname and Saba) that feels like a sunny cruise down Lake Shore Drive. On the track, Goose reflects over his final days in Ohio and basks in the endless possibilities and opportunities provided from moving to a new city.

smalltown will be released in summer 2019 and will feature contributions from Saba, Phoelix, Vagabond Maurice, Ano Ba, Ash Wednesday, Montana Macks and more.