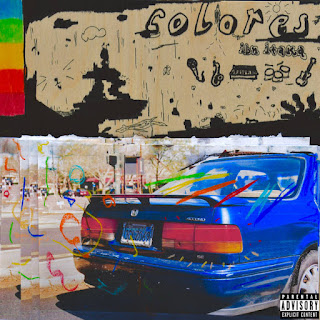 Colores is the debut album by Ibn Itaka, a Puerto Rican and Congolese Producer/DJ. Released via his own label Abu Recordings, the album marks the culmination of an ambitious and exacting chapter in Itaka’s journey so far.

A few years back, Ibn Itaka dropped out of school and moved to Texas to figure out what to do with his life after no longer being able to afford college. After months of working at a local Walmart, Itaka packed up and left to pursue music. It was in New York that he discovered that music was the only thing that could make him truly happy and began working on Colores.

Despite having no formal musical training, he decided to dedicate himself fully to developing his art and started sketching ideas inspired by fragments and blurs of his life in New York City. The resulting record is one that fuses the textures of hip-hop culture with the versatility of experimental jazz, reflecting the wealth of experiences the artist had during his years in New York City.  Colores is packed with performances from distinguished artists including Isaiah Barr and Julian Soto of Onyx Collective, Isaac Sleator, Salomon Faye, and Adam O’Farill.

Itaka describes some tracks on his album, such as ‘My Blue Orange’ and ‘Million Dollar Street Story, Pt. 2 (Portrait of a Ruined Country)’ as being “more like sonic art pieces”. Here, Itaka fashions evocative soundscapes of New York through unique combinations of samples and synths, capturing the city in an undying moment, one that recreates its fast pace and hypnotic atmosphere. Other tracks, such as ‘Classic’, featuring rapper Sparkzgawd, deal more directly with the more macabre side of the city, reflecting the way New York can “make you age before you’re ready”.