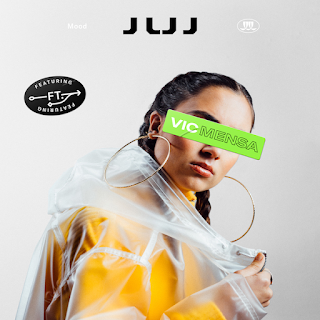 After releasing her incredibly well-received debut EP ‘JUJ,It’s U’ in May of this year, 19-year-old Philadelphia-born but L.A-based singer and songwriter JUJ returns to share the beefed up version of one of its standout singles ‘Mood’, with a collaboration with rap and hip-hop megastar Vic Mensa.

With its sexy and smooth aesthetic, ‘Mood’ quickly became one the front-woman’s most well received releases. With bold and euphoric production arriving from her regular collaborator Essancy, the single showcased not only the beautiful and rich vocals she had to offer, but also the strong and emotive writing she would come to be known for.

This time teaming up with Chicago rapper Vic Mensa, the pair looks to add a new and more provocative layer to the cut. With Mensa adding his own proficient flow to the release, the track now feels more rounded and engaging than before, highlighting the struggles and insecurities of leaving her hometown that she sang about on the original.

Explaining the idea behind about ‘Mood’, JUJ added, “In my town everyone tends to follow one path, so when you decide to go off and do something different, you get a lot of people telling you how it’s never going to work. That’s a big part of why it was so frustrating when I got sick: I didn’t want to prove those people right by going back home just when things had started to happen for me.”