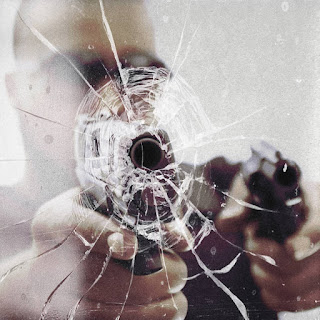 Big Ghost Ltd. aka The Mighty Hands of Zeus went from an outspoken music critic writing for respected blogs to being one of the most consistent Hip-Hop producers of the last 3 years. In that time he has released full-length projects with Westside Gunn & Conway, Hus Kingpin, Vic Spencer, AnkhleJohn, CRIMEAPPLE, Ghostface Killah, and D. Brash. That is quite the body of work for only three years!


38 Spesh has been grinding in the game for more than a decade, but it’s the collab albums he’s dropped in the last three years that have made him one of the most buzzing emcees in this new era of hardcore Hip-Hop. His joint albums with Kool G. Rap, Joe Blow, and Benny The Butcher are all highly regarded by real heads. Not to mention, Spesh has become a respected producer himself and recently handled all the beats on Che Noir’s Thrill of the Hunt 2.


So, with both artists having similar trajectories and an affinity for collaboration, it was only a matter of time before they linked for something monumental. The two have put together an offering titled A Bullet For Every Heathen that has all the trappings of a classic: a rich, cohesive sound, evocative rhymes…and Lukey Cage talking his shit. There’s even contributions from the UK’s finest as SonnyJim co-produces “Master Your High,” and Giallo Point does the scratches on “Black Moses” and “Extendos.” And, of course, the guest line-up is largely Spesh’s Trust Comes First family, which includes The Queen of Upstate, Che Noir, hook specialist Klass Murda, and lyrical pugilist Black Geez. The only other features are extended fam from Rochester, Eto and Street Justice (who is given the honor of being invited to spit on two songs).


Now, even though this release took fans by surprise, Spesh and Ghost knew they had something special and they plan to give the people even more of their palpable chemistry in the near future.