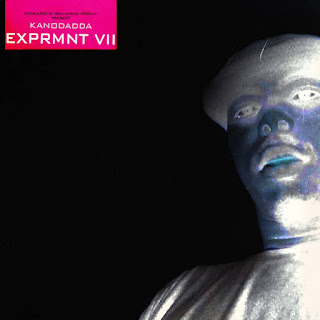 EXPRMNT VII is a conceptual musical narrative curated by Lisbon, Portugal producer CHIKANO & Northwest Indiana/Atlanta emcee Granddad Woolly. It is their long awaited full length debut album and follow up to their 2015 EP "EXPRMNTS I-VI" that serves as the supreme collaboration of these two talented individuals.

The album is heavy influenced by vintage sci-fi, decades of popular culture, Portuguese themes, pure Hip-Hop and unhindered concepts. The album plays as a film, split into two parts but remains extremely connected by the music. Though the initial concept may liken itself to a 1930's horror film, the deeper concept of the album centers around creation and its greatest mysteries....life and death.
CHIKANO & Granddad Woolly present some of their best production and lyricism to date and prove that their collaboration is as perfect as it is monstrous.  Will that being said, enjoy the film.