[ALBUM STREAM] Chilo and Mane Event - No Such Paradise 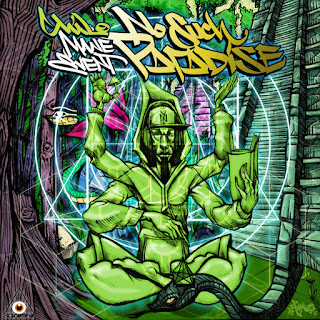 No Such Paradise, entirely produced by Mane Event and written and performed by Chilo and Mane Event, features a diverse and purposeful set of minds and voices including Sadat X, John Jigg$, Fathom and General Vega. Peace and enjoy the trip up and down the river.


Chilo teaches Global Studies to high school students in Brooklyn.  As a writer/performer he has featured at hundreds of notable legendary venues, events and institutions, such as NJPAC, NYU, Yale, Princeton, Lincoln Center, The Apollo Theater, and the Newport Jazz Festival. He is a founding member of the award winning NYC based poetry collective, El Grito de Poetas.  His catalog includes 12 Hip Hop albums and he has appeared in various poetry anthologies, along with his own solo book “Closed Doors and Opened Windows”.  In 2015, Chilo featured on the Grammy Winning album “The Offense of the Drum” by Arturo O’Farrill and the Afro Latin Jazz Orchestra.


Mane Event is an emcee/producer and teacher from Queens,NY.  He has produced and released several projects independently including 2015’s Magician’s Revenge with fellow emcee Chilo. Along with launching his record label Mane Event Inc., he has been hard at work on a new collaborative album with Chilo entitled “No Such Paradise,” which is set to drop this Summer.