Bandcamp Hip Hop Albums We Loved In The Month Of June

on July 14, 2019
It's 2019 and as easy as the internet and music sites have made it for fans to find diamond in the rough artists, people just don't have the time. Or at least cannot simply figure out the best way to discover new talent. Having had the time to skim through many sub genres of Hip Hop tags on Bandcamp, we discovered a list of dope artists that released much ear worthy attention with their latest month of June projects. It wasn't easy and certainly there are a handful of albums we didn't pick or haven't come across and we're sorry. But without further ado..... 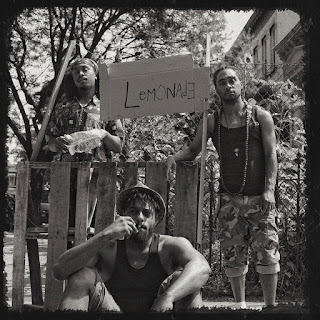 The NOLA sensation is no stranger to us here at OK-Tho. This 28 track album is a redux of his 2015 critically acclaimed LemOnade which he made along side producer Iman Omari. The project now features 5 new tracks along with 13 instrumentals. 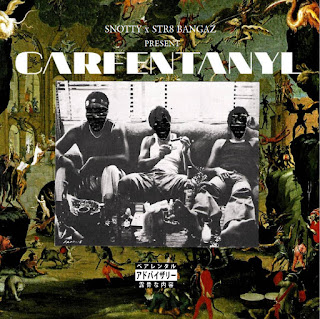 New York spitter SNOTTY has recently hit the scene baring a rugged style similar to the many growing East Coast underground artists. He first dropped his 6 track EP Columbian Snow Talk on Soundcloud a few months back. And after a few freestyle joints and loosies with some dope upcoming producers, he connects with Bronx native STR8 BANGAZ who provides this grimy 5 track EP with some crime story soundtrack beats. 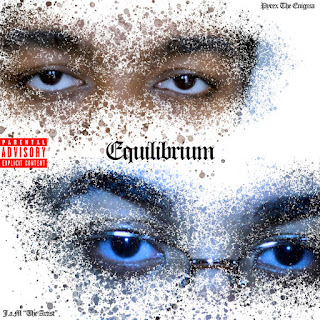 Hailing from Baltimore, producer/rapper J.A.M. follows up 2017's Smile, Life Is Short with this 5 track EP produced by fellow Maryland native Pyrex The Enigma. Impressing us with his lyrical ability, J.A.M. attacks the boom bap backdrops  with this worthy effort. 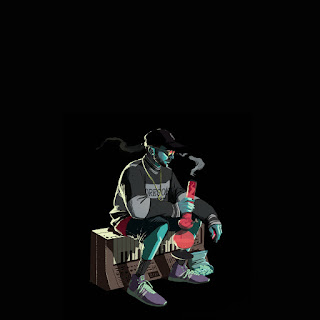 This is the Los Angeles multitalented artists fourth release and, as he puts it, "my favorite solo album I've done".  Having worked with a number of legendary emcees including Nas, Bun B, De La Soul and Planet Asia, Calvin has been crafting his sound for several years now and his progress has been showing every time. I feel like he is right there in terms of breaking out so take my word and follow this dude.

Execute - Around The Globe 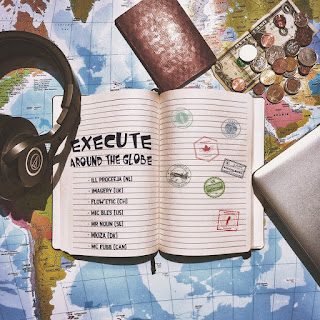 Born in Hungary currently residing in the UK, producer Execute brings that hardcore Boom Bap sound with this 7 track EP. He connects with 7 emcees from 7 countries including Netherlands, USA, Canada, Switzerland, Sweden, Denmark and the United Kingdom. Execute's name says it cause it's exactly what he does on this dope project.

Favorite Tracks: Where U From, Back Home, What You Got 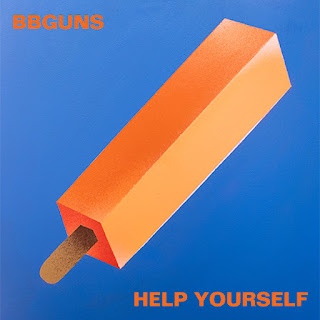 Headed by singer/rapper Lazy JP and rapper Barz Blackman with production from Charlie Scott, Logan Sound and Mason Jeynes, Pittsburgh group BBGuns seem to continue where the late great Camu Tao was looking to go. Everything from the beats to the singing to the concepts seem like its just a bunch of friends playing around and not trying to be serious but in all reality they actually make good music. Lazy JP is odd but can rap better than %90 percent of you rapper out there, and Barz's undeniable talent just makes it seem like it's easy. Together they create some amazing music! 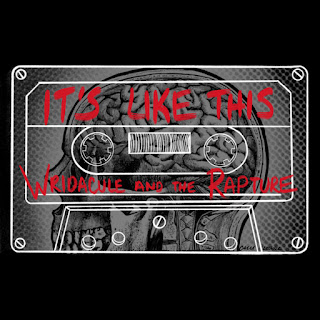 Comprised of drummer Jordan, violinist Nichole and bassist Nick, the Jefferson City, Missouri trio collab with fellow native emcee Darrius Groves aka Wridacule for this dope 10 track album. This hip hop quartet "strive for making music that is simultaneously energetic and thought-proking, street-wise and socially conscious" and they most certainly prove it. These beats are so on point and Wridacule immensely tears up the mic in such fashion! 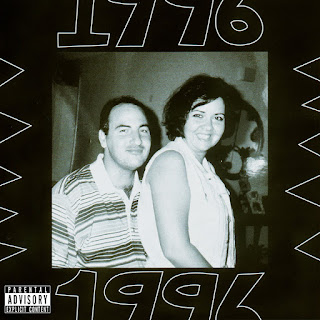 Ok so I have no clue about who Baby Bonnie is but form my research it seems like he is a man of many faces. Poised as a part of the TripSixxKids, Bonnie seems to play the jack of all trades as he also produces this entire project under his FishAllenPimp alias. He even has a group, GreySloan, with fellow affiliate MasterBuffalo from Florida. This album reminds me of a mix of Def Jux and Odd Future where production wise it garners a El-P'ish raw sound while Bonnie's flow sounds like a drugged out Cage Kennylz and Earl Sweatshirt. This shit is very trippy but dope and I'm very anxious to see how they develop over time.

Favorite Tracks: Cared About/Forgot About, Ahead Of Time, Tired 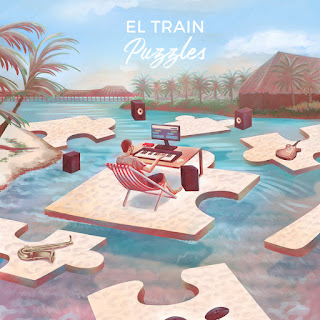 Over an accumulation of 3 years, UK producer El Train drops his debut album on Shimmy Records. Showcasing the many sides of his production, El creates an incredible effort of synth RnB with a dope cast of talented singers as well as some fine lyricism from fellow natives Lord Apex, BArney Artist and Cold Callers.

Favorite Tracks: Tell Me Where, She, Little Moments, Keep It Clear 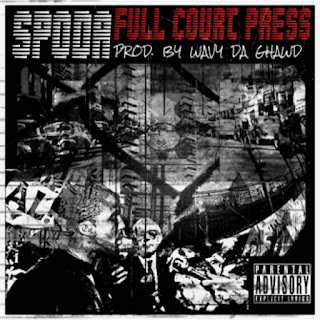 It's mad refreshing to hear projects like this as Spoda brings shit back like its the early 2000's again with some hard lyrics equipped with punchlines over some tough back drops provided by Wavy Da Ghawd. The New Yorker drops this debut album with help from some established acts to reassure us that golden era flow Hip Hop will never die. 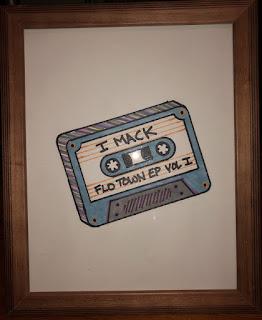 Follow this March's debut The Ledge LP, Massachusetts spitter IMACK goes on a wordplay massacre. The 6 track EP see's the talented emcee giving props to his hometown while the soundtrack is provided by fellow residents including veteran Term who impresses behinds the boards. IMACK puts an immense performance behind his writing and does not disappoint. 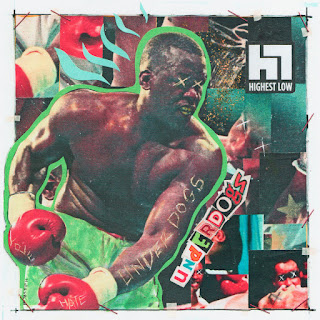 This Chicago duo is not new to the scene having dropped material dating back to 2010. Listening to this album amazes me that I haven't paid attention to them before seeing as we posted them as a featured guest on a track back in 2016. You can't deny their talent as the two's sound reminisce us of a Cool Kids or Pac Div. Stay up on these dudes they're definitely worth it. 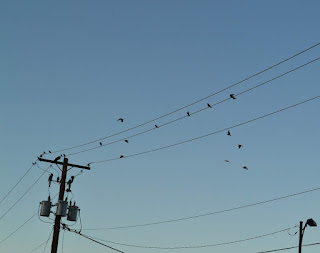 Not sure of any other projects or singles dropped from this Arizona artist, but it seems like this 15 track mixtape is a compilation of work recorded between 2013 to 2019 mixed in with some lofi like instrumentals of DJ 5BREED who just may be his producer alias. Over mostly jazzy boom bap production, Tre seems to have mastered his craft in these past 6 years as he shows his purpose on the mic.

B1 The Architect - Death From Above 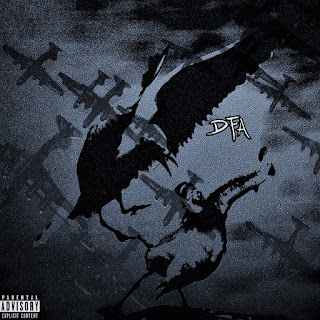 Straight out of the T dot, B1 sounds like an emcee who has been doing this for decades. His flow hits the pockets perfectly and he rides the beat so fluently. This 8 track EP is his second release of the year and with production by Elz Large the two bring a sound of underground hip hop that has been lost for years.

Favorite Tracks: Take Your Time, Killzone, The Chase, When You Say It's Over 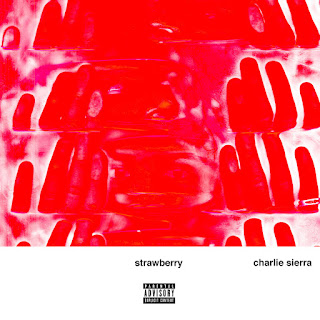 2019 is this LA multi-instrumentalist's debut with STRAWBERRY as his third release of the year behind two singles. Charlie looks young and in his music you can hear the youth as well as amateur work he puts out. But in all honesty that is what makes it so good! It's the innocence of developing yourself in waiting to find who you are and what you want to put out. The project itself see's Sierra flaring off a dope bravado with his confident sound while he experiments through a mixture of genres to please the listeners. 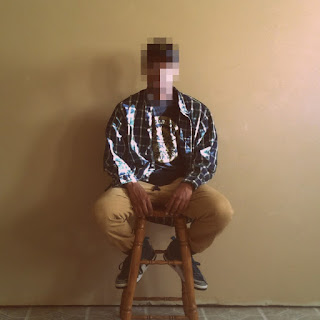 Christian Hip Hop has been very well accepted in the past decades. Although this 21 year old Iowa rapper does not label this 14 track project under that genre, he does make it a point to not swear and only spread a positive vibe in his music. Lyric has been at this since 7 yrs but has officially dropped his passion in the past 4. In the end you can agree that this talented homie can hang with the best of them along with his MUR Collective. 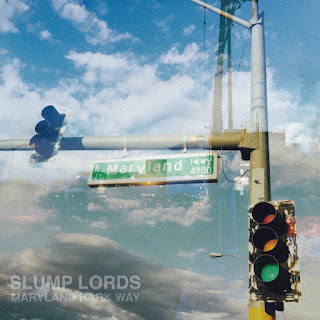 Said to have a sound as that of a "playlist between Roc Marciano and Run The Jewelz", the Las Vegas duo of rapper Omino Jakku and beatmaker Phil A deliver this worthy effort of a debut in the 13 track Maryland Hark Way. Not new to the scene as they have first debuted in 2016, the pair bring what they characterize as a "slump" vibe which deliver very professionally as they are accompanied by some of the games notable vets.