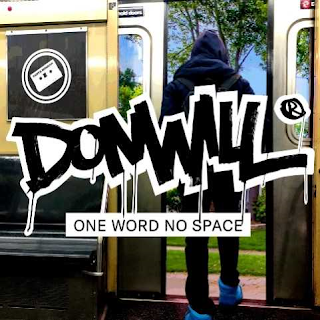 After recently re-releasing their classic debut, Brooklynati, on vinyl for the first time ever, it’s only right that for Donwill’s HipNOTT Record’s debut, he teams up with his Tanya Morgan cohort Von Pea to tap into a bit of that group chemistry for himself.  The duo locked in to create One Word No Space, which serves as the MC’s first full-length solo-outing since Don Cusack In High Fidelity (2010).
Von pea’s signature ‘bat crack’ sound provides an ample bed of hard drums and emotive loops for Don to bare his soul over and formally reintroduce himself.  One Word No Space is a jarring jaunt with high replay value that also features collaborations with Lessondary spitters such as Paul Barman, IIyas, Rob Cave, Von Pea and Quelle Chris.
To celebrate the release of his new project, Donwill releases the project’s first visual, “Screens,” featuring Quelle Chris.