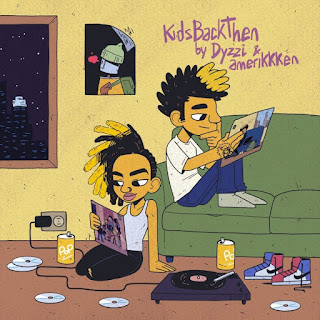 With major influences like Joey Bada$$, Mac Miller, Common, Logic, and even Vic Mensa, Dyzzi's music has been primarily referred to as '90s reminiscent, lyrically gifted and has given many individuals a golden era vibe. With Dyzzi growing up as the only child around in his family, his ear for music became versatile early on due to him observing what his older cousins, few aunts, and various stepfather's had in rotation when present. He knew since the age of 6 that he wanted to make music in the far future but never had the confidence until Freshman year of high school where he met and rapped for Eli $tones & Huey V whom at first he was just their personal cameraman.

It wasn't until late 2017 where Dyzzi dropped his debut album Same Clothes As Yesterday, and started the collective "DivSel" (short from Diverse Selection) which consists of Milwaukee artist KReal from DivSel and Detroit's Chaz from DivSel.

Dyzzi plans on releasing his long awaited sophomore album "KidsBackThen" in Summer of 2019, which consists of songs he has been writing since 2014 but never felt he would record.