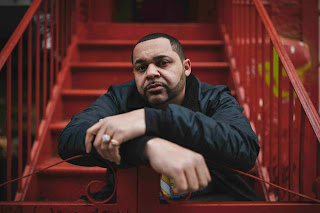 Today, Joell returns with his second single, “Captain,” which is produced by The Heatmakerz and follows the lead-single, “Learn You,” which featured and was produced by Big K.R.I.T.  “Captain” was exclusively premiered by Vibe.
“It always feels good to tell a dope beat and what’s been on my mind” Joell stated to Vibe.  “My oh my how times have changed; Enjoy the rapping”.
Joell’s new album, Monday, features production from Big K.R.I.T., Nottz, Apollo Brown, J.U.S.T.I.C.E. League & Heatmakerz and will be released on 8-30-19 by Mello Music Group.