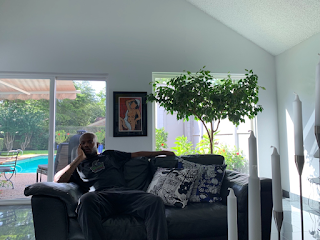 Wearer of many hats, rapper TAME, The Aspiring Me makes his directorial debut with visuals for his single ‘Geppetto’s Story’ with Ill Mannered Media.

Fused with colours and conceptual visuals, the video explores concepts of the ego and self-perception. The viewer finds TAME in a moment of Grandiose Delusion; while noting the normality, through every day scenery in the Greater Third Ward district of Houston.

TAME attempts to get his message outside of his studio at the formerly known Delias Lounge.

Having pushed the boundaries of his previous work, TAME rose to prominence in 2013 when Complex Magazine listed his debut album ‘The Aspiring Me’ top ten music projects to come out of Houston in 2013.  In addition to rapping and producing, 2017 saw TAME made his debut as an interdisciplinary performance artist: exhibiting at the Houston Museum Of African American culture and later in March 2018 at the interactive, film and music festival SXSW; as well as Houston arts organisation Diverse Works.

He was even featured in Solange’s ‘Scales’ performance and “When I Get Home” film  which he states had a big impact on his artistry direction. More recently he created a site-specific installation called “SOLEVISION” funded by the City of Houston through Houston Arts Alliance.

Creativity runs through his veins as he orchestrates and continues to use his music as a positive tool to uplift and inspire others. The single will feature off his upcoming album "The Aspiring Me III” due to be released in August this year.