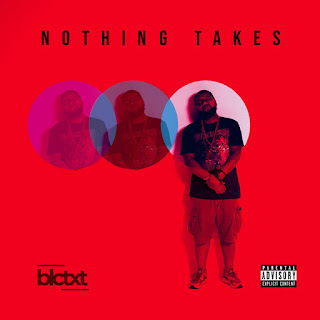 Dreams, nightmares, aspirations and ultimate reality makeup
blctxt’s new album, Nothing Takes.
blctxt‘s subject matter ranges from living in the moment on “Time” and tributing his hometown through “75 Southside”. He even writes about destiny in the collab with his fellow Atlanta homies Civil Writes on “Bread”. Musically his influences of Jazz and Soul
are baked into 7 songs to give each track its own distinct flavor. The production from King I Divine, Illastrate, J Haze and Cheeze Beatz create a lush backdrop for blctxt’s mellifluous voice. More than a title,Nothing Takes
is a mantra: “Nothing takes something to prove, when everybody doubts you it’s nothing to lose”