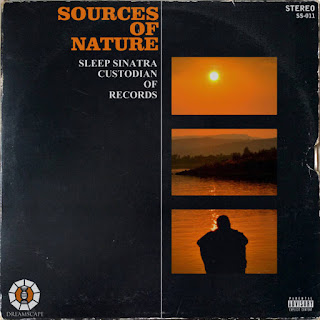 New Vinyl Release from Lincoln,Nebraska Based MC Sleep Sinatra for the album "Sources Of Nature" from Loretta Records