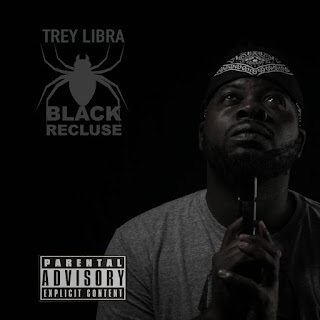 It's been 4 years since Trey Libra fka Jacob Izrael has released a full studio album. (2015 - I Bring flowers and balloons). In 2017 Trey's excitement got the best of him and he nonchalantly mentioned he will be releasing an album titled "Black Recluse".  When in fact he had no real intentions on booking studio time.

As time went by a friend of Trey's called him out about the project so at this point Trey realized he was being held accountable. He knew he had to get in the studio and get something done. Trey started getting in the studio writing and recording one song at a time and before he knew it he had his full album finished.

"Each song is a part of the silk that spun the Web.  Welcome to the Black Recluse."
- Trey Libra