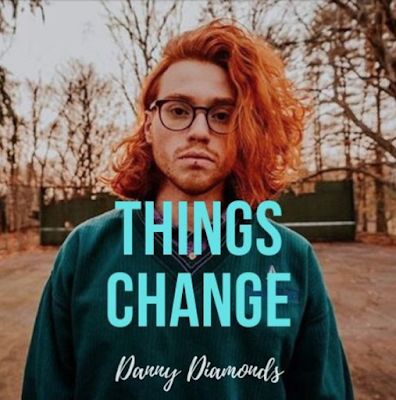 "Things Change" is groovy, charismatic to the ear, and a an overall sound record from front to back. Though what makes it so resonating comes from the sentiment expressed by Danny. Read the synopsis on the Boston artist's heartfelt cut below.

"Things Change" is a reflective song in which Danny emotionally honors a dear friend of his whom had passed away in November. The two were childhood neighbors who skateboarded everyday, but  struggled with drug abuse. The death had given Danny a wake up call to straighten himself up. Of the song he states "its kind of like a stream of consciousness for me just expressing how losing him made me feel and changed my whole perspective on things. I've always considered myself a very unlucky person but this kind of woke me up that life is about actions".Over the melodic guitar riffs, he pours his heart out emotionally putting himself at some blame while also acknowledging his own mistaken life choices.

"Things Change" is proudly presented as an OK-Tho exclusive, and can be streamed below. Be sure to follow up with Danny Diamonds.