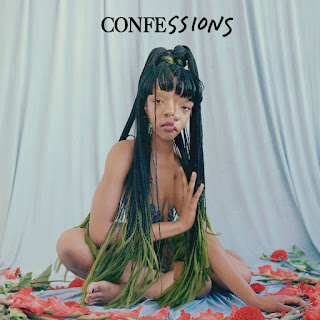 Violinist, singer, songwriter,
and producer Sudan Archives
has released her new single "Confessions", available now on all digital platforms. The first track to be released from Sudan Archives' forthcoming debut album onStones Throw Records,
"Confessions" was produced with Wilma Archer
and details a crisis of conscience. It follows her debut EP Sudan
Archives (2017) and theSink
EP (2018), both of which garnered wide acclaim fromNPR Music,The Guardian,Pitchfork
and The New York Times,
among many others.


Sudan Archives will play a
number of headline shows in Europe this November. See below for the full list
of tour dates, all on sale now.


Violinist, singer, songwriter
and producer Sudan Archives is one of the most exciting and distinctive musicians working today. Her unique songs fold in elements of R&B, violin playing inspired by Northeast African fiddlers, West African rhythms, and experimental electronic music.
Sudan Archives grew up in Cincinnati,
Ohio, where she taught her herself how to play the violin by ear, inspired by Northeast African folk music. After moving to Los Angeles aged 19 to study music technology, she began creating beats at home and mixing them with her violin playing. After a chance
encounter at a Low End Theory party with Stones Throw A&R and Leaving Records founder Matthewdavid, she signed with Stones Throw.
In 2017, she released her debut
self-titled EP, co-produced with Matthewdavid. Its lead single "Come Meh Way" was chosen as a track of the year by NPR, Crack and many more. In 2018 The Guardian named her one of their artists to watch, and Sudan Archives released theSinkEP, inspired by her "love of fluidity, movement of jellyfish, and water".Sink
was The Vinyl Factory's #1 release of the year, and was praised by the New York Times, Pitchfork, Vogue, and more. Her debut album is forthcoming from Stones Throw in 2019.
Sudan Archives has brought
her electrifying live performances to festivals such as Coachella, Field Day, and Pitchfork Midwinter, and she's shared the stage with artists including Ibeyi, Michael Kiwanuka, St Vincent, and Tune-Yards. She's performed at Disney Hall in LA for Yoko Ono's
birthday tribute, played ambient shows as Sudan Moon, and was in an art/music installation at LACMA curated for Robert Rauschenberg's ¼ Mile Exhibition. 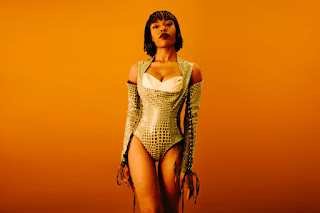