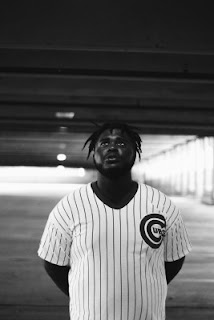 Today we sit down with Floridian rapper Congratulationsklyer to discuss his inspirations, his newest EP, the meaning behind his stage name, and more. OK-Tho - Thanks for sitting down to the do this interview my man! Now for those who may not know, please introduce yourself. Who is Congratulationskyler? Where are you from?

Skyler: I am Congratulationskyler (1 word) literally speaking tho Skyler is my middle name i was born in Spring Valley/Middle Town, NY (Upstate)  but I really blossomed in Apopka, FL (Orl) 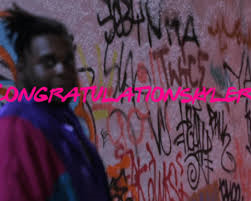 OK-Tho - Nice. Now, how did you get into Hip-Hop? Who are some of your main influences and inspirations?

Skyler: Man believe it or not, I used to have a Hov (Jay-Z) blue print photo as my screensaver on my desktop back in like 04.. 05 and I used to look him in the the eyes for hours and tell myself "I'ma be just like you or better." set the bar high young lol. But some heavy hitter influences on my music would have to go to Max B, Young Jeezy, Weezy F, Killa Cam, Jimmy & Dipset, classic French, Ricky Ross man this list can go forever... Schoolboy Q, Rocky, Drizzy.

OK-Tho - We definitely share similar inspirations. Your new EP is titled "CRYWAVY" How'd you come up with that for the title?

Skyler: "Crywavy" it was really what I was going through at the time I dead had to hustle to eat and pay my bills and one day I was probably at my lowest and Ross X Wayne "Thug Cry" came on and idk if this sound brazy but I felt like something told me keep going you finna be str8 so I did. So "CRYWAVY" is my Thug Cry. It the project I made through those tough times.

OK-Tho - Now that's dope. How'd you come up with your alias?
Skyler: As you know Skyler is my middle names "Congratulations" is how I pat myself on the back when nobody else will. Hating or Loving you speak my name you gotta congratulate me.

OK-Tho - I like it. So, what would you say is the main reason you make music?

Skyler: Really because it's fun also I'm never one to talk about myself because I share so much in my music.

OK-Tho - That's genuine. How'd you first come about making music? Did you open for artists, appear at open mics, etc.
Skyler: Me making music was a long series of events. 1st starting in the 3rd grade, I wrote raps and my older siblings used to clown me, well not Tina but the rest did so for a while i was like "fuck it, I ain't rapping no more" then there was this dope ass group called M-3 back when I lived in middletown and they was really doing it and I made a friend named Shaq. He knew them guys and idk how but me and him would somehow start battle rapping each other on AIM/AOL typing that shit in the chat room lol. And my homegirl Carissa used to be the judge and I somehow always lost. One thing bout me, I hate losing.

So fast forward, I move down south. I'm this young NY kid and people used to always ask me if I hung w Monsta Flow, I was like "wtf is a Monsta Flow." turns out this was a group of some dope ass individuals that rapped. So fast forward a bit and somehow them boys become my homies, and I would see what they did in the stu or w.e but I still aint never really ask them to hop on a song. Then there was Amina and her brother Shaq( different Shaq) and they used to always be like "Yooooo Rap something to us" I was always like "naw" & they would say you look like you can Rap.

Fast forward (swear this the last time) i went back to NY for the summer and I was hanging with my closest friends, G and Kelly. G was some smoove player nigga so he took some shawty up stairs and me & kellz was downstairs, and Kellz started freestyling and he was begging me to freestyle with him and I'm like naw naw but he was like c'mon son stop being pussy so I did, I said some shit and his eyes opened wide and he was like "yooo that shit was fire like for real bro" and me and him was going back and forth for hours. Then I went back south for school, linked with my boy Angel Flame and Bobby BLaze and was like Yo i wanna rap and the rest is really history. 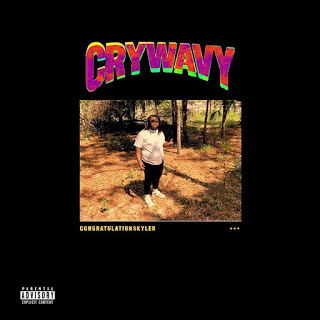 OK-Tho - Damn my man, that's one heck of a journey. Pretty funny foreal because you were so real, colorful & charismatic in telling it hahaha. So what's next for Congratulationskyler? Another project? Single coming soon? Tour?

Skyler : Man I'd love to be touring right now believe me, but not just yet having a few things I'm taking care of right now. You can always expect something new from Skyler. With all the love I got from CRYWAVY I definitely wanna give my people another project before the year's over but you know, gotta see how the clouds move. 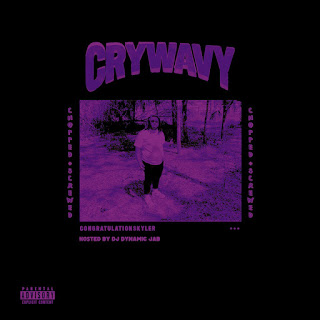 OK-Tho - Understandable, and yeah we'll definitely be looking for any new heat you shoot outta Florida, but you in Orlando, FL not Miami so instead of Heat we'll just say Magic hahaha. CRYWAVY was dope and any love you get from it is deserved. And you right, you don't know what life will bring. You could even pop out 2 before the year is over, you just never know. Anything you want to say to the readers, or anyone you wanna S/O before we close the interview?

Skyler : Yeah definitely! If you ever see the Skyler anywhere, say what up! S/O to any and everybody that has genuine love for me because the feeling is mutual but big highlight S/O to (Dynamic) JAB cause I'm still so infatuated with CRYWAVY C&S (Chopped n Screwed). It's really like hearing the project for the first time for me. Sometimes I ask myself  "DAMN WHO THIS SNAPPING LIKE THAT?" and that's def cause of JAB cause I heard CRYWAVY over 1M times lol.

OK-Tho - That's what it is man. You got love here with us for sure. Until next time, we out.